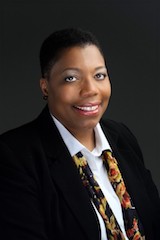 Hello. My name is Stephanie. I am an attorney, writer, speaker, respectful disrupter and lifelong misfit living with depression.

I remember it like it was yesterday. Late one summer afternoon many years ago, a strange heaviness settled upon me. At the time, I was home alone. Like a phantom thread, that heaviness pulled me upstairs to my bedroom. Once there, I locked the door, closed the curtains and laid on my bed. The semidarkness of my bedroom covered me like a blanket. It was oddly comforting. I cannot remember how long I laid on my bed.

When my family came home, I did not get up to greet them or respond when they called my name. Instead, I continued lying motionless on my bed. I did not move when I heard my father twisting the knob on my bedroom door. When my father finally unlocked and opened my bedroom door, I still did not get up or respond. He did not understand why I was lying on my bed in the dark. I did not know either. The year was 1978 and I was 15 years old. As a black teenager living in Cincinnati in the 1970s, I did not have the language to describe that strange heaviness. I certainly did not know that the heaviness was depression.

Sometimes my depression is coupled with a strong desire to end my life. During these major depressive episodes or crises, my mind is flooded with thoughts of suicide. Once my mind is saturated, suicide starts calling me. Initially, suicide’s voice is a faint whisper. The voice steadily escalates, growing louder and more aggressive. It shifts into overdrive and tries to grind me into submission. My mind does not wrestle with suicidal ideation because it is defective or weak. For me suicide is not about wanting to die. Suicide casts itself as a quick and painless antidote to a pernicious depression. I know that suicide is anything but a viable solution. I understand that my completed suicide would reverberate throughout my family for generations.

To overcome my suicidal ideation, I had to become a student of my mental illness. I learned what would trigger a depressive episode and how to quickly shut it down. This approach proved very effective until February 2006.

In February 2006, I started over with two children, two months of outstanding mortgage payments, an empty refrigerator and $120. My marriage ended, and I started down the long, cracked path toward divorce. This seismic life shift caused me to regurgitate the pain, darkness, poor self-esteem, betrayal and worthlessness that I repeatedly swallowed throughout my 14-year marriage all over the ground. All that remained was a firmly entrenched depression that I had unwittingly lived with for nearly my entire marriage. The approach that proved so effective in my 20s was no match for this firmly entrenched depression. For the first time, I needed antidepressants to manage my mental illness.

I must admit that I hate taking any type of medication. Prescribing antidepressants is not a straightforward process. It takes time. In my case, finding the most effective antidepressant was made more complicated because I was uninsured. My internist at the time started me on 10 mg of Lexapro, a dosage that gave me about seven good days a month. After about three months, my doctor increased my dosage of Lexapro to 20 mg daily.

While helpful, it became apparent that Lexapro alone was not enough. It took several months to find a combination of medications that worked. When I felt better, my ego took over. I began what became a destructive cycle of taking antidepressants as prescribed for four or five months and then stopping because I felt better. This practice proved disastrous. Abruptly stopping antidepressants can trigger seizures and other serious conditions. Once the medications were out of my system I would mentally unravel and break down. Trust me, mentally unraveling is scary. I cry and completely fall apart. I become overwhelmed and can’t think straight. On a few occasions, I have even been suicidal.

Eventually, I hit a wall and stop functioning in any meaningful way. As a single parent raising children entirely on my own, I did not have the luxury of falling apart. It took months of repeating this cycle over and over before I finally got tired of unraveling and all of the drama that comes with it. My depression is no different than any other medical condition that requires treatment. Today I still hate taking medication. But I have lived the ugly of what happens when I stop. I simply refuse to go out like that.

Some of you may find my candor risky. Others may believe that my vulnerability will torpedo my legal career. However, after more than 40 years of living with depression, there are a few things that I know for sure. One, my silence will not help anyone. Two, I do not learn the lesson or do the soul work for my personal benefit. I have a responsibility to tell my story so that others on the same path know that they are not alone. Three, I will not heal what I refuse to acknowledge.

The legal profession must stop pretending that the proverbial emperor is wearing clothes. Contrary to popular belief, we are merely human. We can zealously represent clients while embracing our humanity and vulnerability. As a community we can create emotionally safe spaces to discuss and seek treatment for a mental illness without being stigmatized.

I am here to respectfully disrupt the stigma and shame associated with mental illness within the legal profession. My motto for living with depression is: #noapology #noretreat #noshame #nosurrender.

If you’re feeling suicidal, talk to somebody.

If you don’t like the phone, connect to the Lifeline Crisis Chat at crisischat.org.

Note: The author shared a version of her story on the Voices of Recovery Podcast Series, produced by the ABA Commission on Lawyer Assistance Programs.

Stephanie Mitchell Hughes is an attorney, writer, speaker and respectful disrupter. She writes and speaks about living with depression as a black woman, attorney and person of faith. Stephanie’s work appears in the Good Men Project, Huffington Post, Thrive Global, mariashriver.com, the Lily and a host of other online and print publications.