7 reasons why the legal profession often gets no sympathy 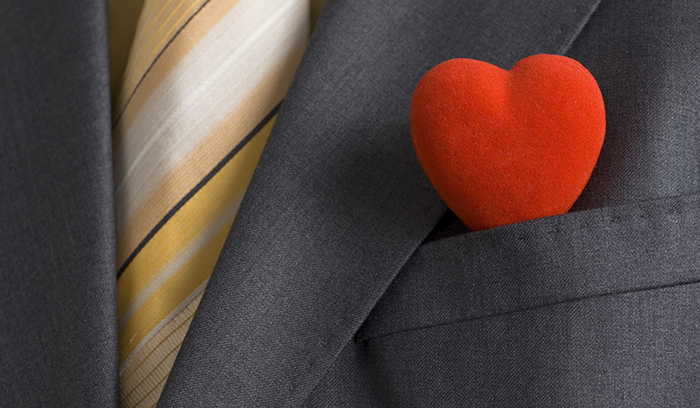 The legal profession is a noble one. But is that the impression the public has of lawyers? What images generally come to mind?

Let’s start with Noah’s Ark. A biblical theme park called Ark Encounter in Williamstown, Kentucky, is suing its insurers for insufficient coverage of rain-related losses. The centerpiece of the park is a giant, 500-foot-long replica of Noah’s Ark. There was an actual flood in the vicinity. The ark was not damaged, but other assets were. One news headline read: “Noah’s Ark theme park damaged by heavy rain … and the lawyers come two-by-two.”

What does this say about the legal profession’s image? At best, we’re ambulance chasers. At worst, we’re at par with most of the ark’s passengers (other than hyenas, I suppose—they readily laugh freely).

And how does literature treat us? Geoffrey Chaucer’s Canterbury Tales does not even include a lawyer? There are numerous callings but no “lawyer’s tale.” Why? Maybe the pilgrims did not care to have one on the pilgrimage. Perhaps Chaucer initially had a lawyer along but canned him. There just may have been a draft tale that reads like: “And then there was the lawyer from Yorke, who carried a big purse. And he was a windbagge. He tried to impresse us with his Latin phrases, and we could ne understand him at alle. And so, the miller gave him a goode kick in the arse. And we were all happy, paternoster.”

William Shakespeare was not much kinder a couple of hundred years later, saying: “Let’s kill all the lawyers.”

Even now, we have expressions about lawyers such as “shyster” or “mouthpiece” or “Philadelphia lawyer.” I Googled the latter and noted “an expert in exploitation of legal technicalities.” Wikipedia defines a Philadelphia lawyer as “the ultimate in crooked lawyers.” I’d say this adds a new dimension to the phrase “Broad Street Bullies.”

So, the question becomes: Why is our profession generally viewed unsympathetically? Let me express some of my thoughts.

We are talking hundreds per hour. Who personally can afford this type of money? Most of us still line up at gas stations like Costco to save a few cents per gallon (that’s per liter in Canada, so we save about 3.7 times as much at Costco). Legal bills can exceed most other expenses, even your car. And at least with a car, you have something tangible you might show off.

I have heard more than once colleagues saying something like: “If I ever had a divorce action with my spouse, I couldn’t afford myself.” (Never mind the part about whether they would hire themselves; they’d have a fool for a client.)

Most lawyers are above board. But what does the public see—or not see? They do not see the lawyers spend the time that they claim that they are spending. It is a matter of faith. The lawyer’s bill reads: “Letter to Jacob Henderson, .4 hours.”

No doubt the lawyer wrote the letter. But the client does not see the lawyer reviewing the file, drafting and revising that letter. They only see a bill at $400 per hour, with the letter, alone, costing $160.

We live in the Uber age. If you want to go from A to B, Uber will instantly confirm up front the exact cost, such as $13.43. And the customer can verify this service, seeing that they are not going from A to C.

We can understand why a client will get rattled when they see their lawyer’s bill. And generally, they won’t shift their anger onto Jacob Henderson.

I won’t even talk about high-profile lawyers who strayed and are now in jail (or as Chaucer would say, “in goal, and goode for them”).

There is simply no shortage of lawyers, and competition is understandably fierce. What the public must find disturbing are those large ubiquitous legal services ads. Not to offend any colleagues, I shall not quote any, but suffice it to say they do not come across anything like: “We try harder.” (Actually, after 50 years, Avis changed its tagline to “It’s your space”).

In short, these billboard and media ads often cross the line. There is a local firm in my hometown in Canada that posts its ads on the walls of lavatories over the urinals. This adds a new dimension to the phrase “over the top.”

As the warden said in the iconic 1967 movie Cool Hand Luke, “What we’ve got here is failure to communicate.”

It’s no secret that lawyers are generally perceived as being long-winded, even when we expect straightforward information. I wanted to connect to a Starbucks Wi-Fi signal recently, and to achieve this goal I had to run through a gauntlet of legal conditions to accept. I must have spent 15 minutes doing so. Meanwhile, my Grande cappuccino cooled off. I will confess I also had the inexplicable urge after reading the document to bill someone “.3 hours.”

Aside from being verbose, lawyers also use confusing and excessive terms, including but not limited to a plethora of “hereinafters,” “whereases” and, of course, “including-but-not-limited-tos.”

Nor do we impress clients with our foreign terms such as “voir dire,” “de minimis” or “habeas corpus.” In over 40 years of practice, I never once came across a “habeas corpus.”

Even the terms for lawyers appear a bit ostentatious. “Attorney at law” sounds uppity. Equally sinful, in Canada most office plaques read, “barrister and solicitor.” Many of my colleagues would comment, eyebrow raised, when they saw my letterhead reading “lawyer.” Hey, my practice was in Toronto, not at the Old Bailey.

The nature of the beast is adversarial. Understandably. The other side is the enemy, and ergo so is their lawyer. Therefore, in most cases, it’s likely all the lawyers will be despised by someone.

It would be a coup if we could convince our clients that we’re all decent lawyers doing our jobs faithfully. We must focus on understanding the clients’ perception, reminding them that Shakespeare also said something complimentary about lawyers, namely, “Strive mightily, but eat and drink as friends.” (They likely know about the bard’s other aforementioned comment.)

Other professionals, such as physicians or dentists, don’t have that problem. Then again, who will dare get argumentative with their dentist?

Compounding matters, most cases linger, often taking months or years to resolve. A dentist’s work, say, is generally done within an hour—fortunately.

The best we can do is to clearly explain the process to the client, ensuring them that the reason for the long stretch is not because their lawyer spends too much time golfing.

Lawyers often are detested as a result of the clients they represent. Which one of us has never been asked: “Would you act for a client who admitted to you he committed the crime?” We respond with something like “innocent until proven guilty” or “everyone is entitled to make full answer and defense.” I have yet to hear a layperson comment: “Thanks. Of course, it all makes sense to me now.”

Can we change anything?

While we cannot generally practice pro bono, it would help to bill reasonably and transparently.

We must market ourselves, but our ads need not look like they were commissioned by the Ringling Brothers.

And we should bend over backward to communicate adequately, with simplicity and even some humility, and in plain English.

Perhaps I can sum it up with a quote from a wise lawyer namely Atticus Finch, the hero in To Kill a Mockingbird: “You never really understand a person until you consider things from his point of view … until you climb into his skin and walk around in it.”

Maybe if we do more of that, the media will be kinder to lawyers next time there is a flood.