On prison and rehabilitation: 'The Shawshank Redemption' 25 years later

For many years, I taught courses in writing, public speaking and literature & film at a Connecticut prison and a New York state maximum-security prison.

Inmates’ classroom responses to Stephen King’s novella, Rita Hayworth and Shawshank Redemption, and the two film adaptations of Cry, the Beloved Country, along with their inquiries about other books and films that might be of special interest to them and their families, prompted me to further research the screenwriting and filmmaking that brought stories like The Shawshank Redemption to the screen.

The film’s and the novella’s depictions of the adjustment challenges of reentry have been referenced in several professional journals on incarceration.

And, following the 20th anniversary of the film’s fall 1994 general release, it was selected by the Library of Congress to be preserved in the National Film Registry for being “culturally and historically significant.”

But what of the significance?

The demeaning and threatening aspects of incarceration are depicted in the Shawshank film to convey a truly unsettling dread that “horror” films go to ghoulish lengths to contrive. Discipline is delivered in severe ultimatums, enforced with hickory batons, boots, sadism and solitary confinement in “the hole.”

Yes, The Shawshank Redemption is fiction. Still, in commemorating the film’s 25th anniversary we may be prompted to think about how coping inside can prepare an inmate for eventual life outside. Or not.

Having served 20 years of his life sentence, Red (portrayed by Morgan Freeman) appears before the Maine Parole Board. Stephen King tells us that Red had rehearsed his presentation and delivered it earnestly: “I have learned my lesson. I can honestly say I am a changed man. I am no longer a danger to society. That’s the God’s honest truth.” His application is stamped “Rejected.”

When Red had served 30 years of his life sentence, he appears before the parole board and recites that same “learned my lesson … changed man … no danger to society” supplication. His application is again stamped “Rejected.”

At his 40-year hearing, King tells us that Red acquaints the parole board with this assessment of the mending and amending work of Shawshank:

“Rehabilitation? I don’t have any idea what that means. It’s a made-up word. It’s a politician’s word. Not a day goes by that I don’t have regret. Not because I’m in here; or the kind of regret you think I should have. I regret I wasn’t able to tell that stupid boy I was forty years ago, when he did that awful thing, how things are. All that’s left of him is this old man.” 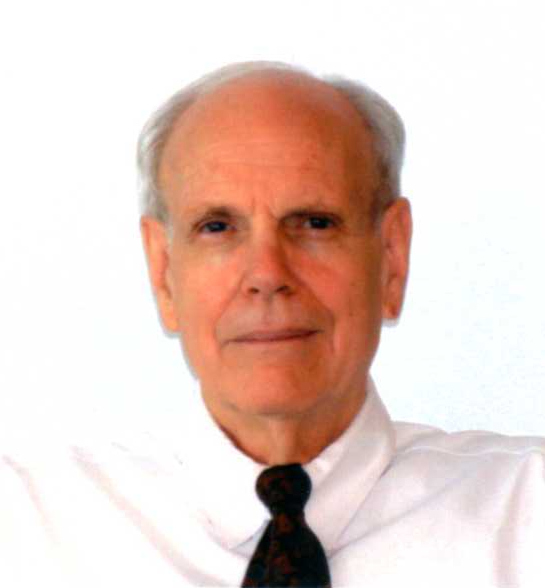 Red concludes that take on “rehabilitation” with this indictment of himself: “I don’t give a shit.” His application is stamped “Approved.”

After serving 40 years in Shawshank, Red is cynical, bitter and resigned. The granting of parole has him bewildered, for he was an “institutional man” governed from-dawn-to-lights-out by prison routines, regimens and restrictions.

In his room at a halfway house, Red is disoriented—and fearful. He can’t sleep. At the supermarket where he works as a bagger, he is still in the habit of asking the manager for permission to take a piss.

Red thinks about ways to break parole—“So they’ll have to send me back, back where things make sense.”

Tom Joad’s take on prison “comforts” comes to mind. Early on in The Grapes of Wrath, Joad, who is just out on parole, muses about the amenities of incarceration that will be missed: “Knowin’ where ya were gonna sleep and how ya were gonna get fed.” Joad expands on this by recounting the story of “a guy who was back in for breakin’ parole; did so ’cause he felt lonesome out there in the open, havin’ to think about what to do next.”

The elderly inmate who works in the ramshackle debris-strewn room that passes for a library had no guidance, mentoring or counseling to facilitate his reentry. He wouldn’t know how to obtain a library card out in the world that would be so very alien to him. That 50-year veteran of confinement is unequipped psychologically to cope with life “outside.” His “redemption” escapes him.

To the filmmakers’ credit, the depiction of this long-timer’s tragedy gives subtle vividness to the novella’s descriptions, with the librarian portrayed by James Whitmore. His memorably moving “goodbye” note to those back at Shawshank is delivered in voice-over:

“Dear fellas, I can’t believe how fast things move on the outside … The world went and got itself in a big damn hurry … I have trouble sleepin’ at night. I have … bad dreams like I’m falling. I wake up scared. Sometimes it takes me a while to remember where I am … I don’t like it here.”

The scene stays with us. Its message is delivered hauntingly—no gore, no ghoul, just poignancy.

Red is an astute, resourceful facilitator and procurer of contraband. “I’m the guy who can get things for you. I’m a regular Sears & Roebuck.” (Neiman-Marcus, and a regular Yellow Pages, in the novella). While his connections and resourcefulness set him apart and shield him somewhat from the deprivations and indignities inside, they are not suitable to the unfamiliar, unprepared-for freedoms on the outside.

The film has us see, hear and feel his forbearance, stoicism and fatalism.

A number of the inmates in my literature & film classes achieved forbearance through religion, philosophy and literature. For the ravenous readers, I became a 21st century “Red” by bringing in books that weren’t available—and were not likely to be available—in the prison libraries.

A “chapter” in my own education about redemption came a few minutes following an evening class, and just prior to inmates having to return to “quarters” to comply with bed-check and lights-out. I recall one inmate telling me, “Doing time, you lose time—and people. The longer the bid, the more people you lose. Red got 40 years, I got 25. Unlike Red, I had a mother writing me, praying for me. Even after she passed, I was rehabilitating myself for her.”

At the TCM Classic Film Festival in Hollywood, this past spring, the film was shown on the TCL Chinese Theatre’s Imax screen. Prior to the screening, Frank Darabont, who wrote the screenplay and directed the film, spoke about what he hoped audiences got from the film in 1994 and what viewers continue to get in movie houses or on screens of lesser shape and size:

“Shawshank is a quiet little story about friendship. Given the remit of studios today—the remit for blockbuster high-energy and flash—I don’t think the film could be made. Or at least, the film couldn’t be made true to Stephen King’s story. The essence and humanity could not be conveyed by Spider-Man and Iron Man.”

According to some critiques, the novella was dubbed “unremarkable” by fans of King’s paranormal and more intensely frightening fare. Yet the unnerving, distressing, disturbing and edge-of-the-seat moments register as real, and thus, are more troubling.

The wrongly convicted inmate Andy Dufresne (played by Tim Robbins) has a prison-inmate legacy that is estimable—so rare as to be unique. Through persistence and tenacity—capital P, capital T—he manages to get the state legislature to allocate funds and philanthropic organizations to donate books, which he methodically employs to turn a storage dump (eau de turpentine) into one of the finest libraries in the state of Maine.

The book cataloguing scene, though brief, is a gem. In my experience, such largesse is indeed fiction. Even with shopping bags full of public-library sale cast-offs brought in by me and an extraordinarily conscientious and an underpaid prison librarian, our trove was quite modest compared to what Dufresne managed to have funded and donated.

Commemorative screenings of The Shawshank Redemption around the country this fall might prompt legislatures to think about whether more walls, more bars and more guards are what is needed for the redemption of the incarcerated. Or, more manuals, prep-books and teachers?

Joseph H. Cooper was editorial counsel at the New Yorker from 1976 to 1996. For several years after, he taught English composition, expository writing, public speaking, American government and literature and film courses at a Connecticut prison and a New York state maximum-security prison. He now resides in Culver City, California.