By Katherine A. Hopkins 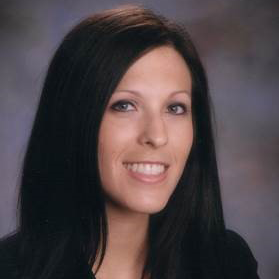 Before embarking on a legal career, many attorneys envision themselves trying cases in scenarios taken from iconic movies such as A Few Good Men and To Kill a Mockingbird. However, the reality is that most litigators spend relatively little time trying cases. The bulk of our time is spent researching, drafting, strategizing, communicating with clients and taking discovery.

For new associates, discovery may be the primary activity for which most time is billed.

While a discovery hearing can hardly be compared to a trial, it nonetheless requires significant planning and preparation. Too many attorneys—young and old—view the discovery hearing as an annoyance or formality, causing them to invest less time and energy than the matter ultimately deserves. Although the discovery matter before the court might seem routine, it almost certainly will have significant implications for the client—implications that we may not even fully comprehend until an order is entered. For this reason, it is crucial that attorneys give discovery motions and hearings the time and attention they deserve.

Even if you are certain that your argument is the clear winner, devoting that extra three-tenths of an hour could be the difference between a content or disgruntled client.

I recently appeared for a hearing in New Jersey to argue a motion to compel financial records and oppose a cross-motion for protective order. I had not appeared in this court before and was fairly new to the case, so I was not particularly familiar with opposing counsel. However, the first thing that struck me when reviewing the papers was that opposing counsel’s brief was largely a canned response. After practicing for a few years, many of us get into the routine of using the same brief every time we file a certain type of motion, whether or not the cases relied upon are particularly relevant. Briefs like this can detract from your credibility if you don’t know exactly what principles each cited case stands for. That is exactly what happened in court, and it detracted from counsel’s credibility, despite the fact that he is an excellent attorney with many years of experience.

Prior to the hearing, I had reviewed opposing counsel’s firm biography, reviewed the judge’s practices, and spoken to some colleagues to get their impressions of the judge hearing the matter and any tips they might have. Our argument took the better part of an hour, and when all was said and done, the judge required the opposition to produce—without objection—each and every financial document that I had requested, including tax returns, bank statements and loan applications. Opposing counsel’s client was a sizable corporation. Having previously represented corporate clients and opposed many motions to compel these types of financial documents, I knew all too well how unhappy his client’s general counsel and CFO would be at the prospect of turning over these documents.

I spent the drive back to the office thinking about the many discovery motions I have argued over the years, some successfully and others less so. Here are the key lessons I have taken away from my wins, my losses and some of the more memorable arguments I have heard along the way:

Avoid canned briefs. While you don’t need to recreate the wheel every time you file a motion, you should take the time to tailor each brief to the facts of the case at bar. Certain rules and principals don’t change. However, if you are citing a personal injury case to support your argument that financial records should be subject to a protective order in a breach of fiduciary duty case, you may have a problem.

Before you file your next brief—even if you have used this same brief 100 times—look up the cases you’ve cited. Do they support your position under the specific circumstances of this case? Startling as it may be, I have seen opposing attorneys cite to and rely upon cases that actually support an outcome contrary to the one they seek. While the case may have contained one favorable principle of law, the court had actually distinguished the facts and reached a conclusion opposite to what counsel desired. You do not want to be this attorney in court. Do not just cherry-pick favorable quotes. Make sure you know what the cases you are relying on stand for.

Even if you lose the argument, you’ll give the court and opposing counsel the impression that you know what you are talking about and can be trusted when you make representations to the court. This will work to your advantage in later stages of the case.

Research the court procedures. If you have never appeared in this particular court, research its procedures or ask a colleague what to expect. This takes only a few minutes and can save you both anxiety and embarrassment.

Some courts have what is called a discovery program, which is an alternative motion procedure administered by court-appointed staff. In the Philadelphia Court of Common Pleas, for example, the following procedure is employed:

This is a unique procedure unlike that employed in either the New Jersey courts or the neighboring Pennsylvania counties.

Knowing a court’s procedures is critical, particularly in states such as Pennsylvania, where each county employs its own unique set of local rules. When appearing for a discovery motion in the Philadelphia Court of Common Pleas, a moving attorney is required to bring an as-filed copy of their motion to court for submission to the judge, whether or not argument ultimately occurs. I once witnessed an attorney from a large, well-respected national firm appear in Philadelphia discovery court without a copy of her moving papers. She expected the judge to have a copy. The judge did not. While she likely would have prevailed on the merits of her motion, because she had no exhibits or other documents to offer the court, her motion was denied.

You do not want to have to explain an outcome like this to a client. Make sure you know the court’s procedures, so you show up prepared. This is more than half the battle.

Research the judge hearing your motion. If at all possible, know what to expect from the particular judge you are appearing before. Some judges let you argue your case for 10 minutes without interruption. Others do not want you to speak at all unless it is in response to specific questions posed by the judge.

I once appeared before a judge who did not want to hear one word from an attorney until a question had been posed. He expected counsel to wait silently until he had finished skimming the parties’ respective motions, and then answer his questions quickly and concisely. Tangents were not permitted, neither was speaking out of turn. Attorneys unfamiliar with his style often found themselves losing arguments that had been clear winners or being threatened with sanctions.

The problem was that these unfamiliar attorneys wanted to argue their points their way, and the judge wanted it his way. While in my experience most judges allow some leeway, in the event you find yourself before a hardline judge, usually anyone and everyone who has ever appeared before him or her will know this. Ask colleagues. Reach out to friends or friends of friends. The insight they provide can be invaluable. It could be the difference between a winning and losing argument.

Research opposing counsel. If you happen to know the name of the attorney you’ll be arguing against, take a few minutes to look him or her up. Find out how long they’ve been practicing. Find out if this case deals with issues outside their usual wheelhouse. Find out if they are politically involved and may have pull in the particular court you will be appearing. If nothing else, looking up their biography will give you an idea of what they look like and whom to look for in court. If you see opposing counsel before the hearing, introduce yourself. Sometimes (though not often), you can negotiate a mutually agreeable resolution to your dispute without taking up the court’s time.

If you don’t know the name of the opposing attorney and you are not familiar with the law firm, look it up. Look up what it is known for. Ask colleagues about their experiences with attorneys from that firm.

Some firms encourage their attorneys to never budge an inch, even if compromise would be in their client’s best interest. Others encourage compromise to avoid the potential of an unfavorable ruling. Either way, knowing your opponent and/or their reputation allows you to set realistic expectations as to what you may be able to accomplish by negotiation and what you will likely have to argue. This will also help you prepare your key points and exhibits.

What can you do to make the judge’s life easier? Tabs and page numbers are a good starting point. If you intend to rely on any exhibits in presenting your motion, make sure they are clearly tabbed. Judges hate sorting through hundreds of undivided, unnumbered pages trying to find the specific document you are referring to. This is equally awkward for you as it is annoying to the judge. Do yourself and the judge a favor—tab generously and never omit page numbers.

Bring copies. As much as they loathe to admit it, sometimes court staff, even judges, misplace documents. If you are presenting a motion, bring one or two tabbed copies. In the event something is missing from the judge’s copy, he or she will appreciate your preparedness. Furthermore, in the event you and opposing counsel are able to work out the terms of an agreement, it is helpful to have one or two copies of the order that you can mark up while negotiating terms.

Compromise where you can. Nothing annoys judges more than being asked to work out details that the parties should really be able to work out for themselves. For instance, if you and opposing counsel agree to the entry of a confidentiality order, but disagree on the details, try to work it out among yourselves.

Likewise, if you and opposing counsel agree that depositions must go forward, but cannot agree on certain details, such as the scope of the examination, go into the argument with an idea of when you and the witnesses are able to appear. You do not want to find yourself in a position of repeatedly having to excuse yourself from court to call your client or check your schedule when you could easily have gotten this information in advance.

Finally, don’t be a jerk. While this may sound too obvious to mention, I’m sure all of us can think of at least one colleague who needs a gentle reminder.

ABAJournal.com is accepting queries for original, thoughtful, nonpromotional articles and commentary by unpaid contributors to run in the Your Voice section of ABAJournal.com. Details and submission guidelines are posted at “Your Submissions, Your Voice.”