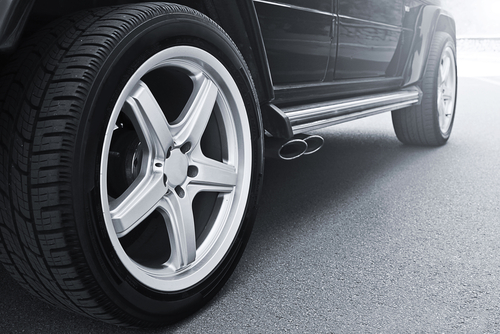 Two judges appointed by former President Donald Trump sparred Wednesday on whether a city violates the Fourth Amendment by chalking tires without a warrant to enforce parking time limits.

Bress said chalking tires by the city of San Diego falls within the administrative search exception to the warrant requirement. Chalking tires, he said, “is reasonable in its scope and manner of execution. It is not used for general crime control purposes. And its intrusion on personal liberty is de minimis at most.”

His opinion was joined by U.S. District Judge Robert S. Lasnik, an appointee of former President Bill Clinton, who was sitting by designation.

Bumatay’s dissent argued that the city violated the Fourth Amendment under the history and the text of the Constitution.

Bress scoffed at Bumatay’s arguments that chalking tires is unlawful under “the original understanding of the Fourth Amendment.” Bumatay had offered an “unsupported and revisionist account of Fourth Amendment doctrine,” Bress said.

“Merely citing the general concerns that animated the Fourth Amendment and some basic legal history, as the dissent does, hardly proves the more specific proposition that tire chalking violates the Constitution,” Bress wrote.

“Nor can tire chalking be made to violate the Constitution through hyperbole,” Bress said. “The dissent offers no support for its grandiose suggestion that the benign practice of lightly dusting chalk on the tire of a car parked in a city space is comparable to the ‘Crown officials’ abuse of investigative tools’ that ‘helped spark the American Revolution.’”

Bress accused Bumatay of misconstruing precedent “by plucking stray words” from a U.S. Supreme Court decision “and redeploying them out of context.”

The 9th Circuit ruled in a would-be class action suit against the city of San Diego filed by plaintiffs Andre Verdun and Ian Anoush Golkar, who each received at least one parking citation after their vehicles were chalked.

The appeals court majority said chalking tires could be distinguished from the practices at issue in the Supreme Court cases, but there was no need to reach the issue because chalking tires is allowed under the administrative search exception.

The Supreme Court has cited that exception to uphold dragnet searches in which police indiscriminately stop drivers or set up an immigration checkpoint, to allow searches of closely regulated businesses for specific purposes, and to permit searches of categories of people with reduced expectations of privacy.

The primary purpose of chalking tires is to prevent vehicles staying too long in city spots, rather than to uncover evidence of criminal wrongdoing, the appeals court said. And the search is reasonable and narrowly tailored, the 9th Circuit said.

If the city can’t enforce parking regulations, there could be increases in illegal parking and people cruising for spaces, posing safety risks and impeding emergency vehicles, Bress said.

The 9th Circuit decision creates a split with the 6th Circuit at Cincinnati. That appeals court has ruled that chalking tires without a warrant is a search that is presumptively unreasonable under the Fourth Amendment. In a second appeal in the same case, the 6th Circuit said several exceptions to the warrant requirement did not apply.

Hat tip to @IJSanders and the Constitutional Law Prof Blog, which noted the case.