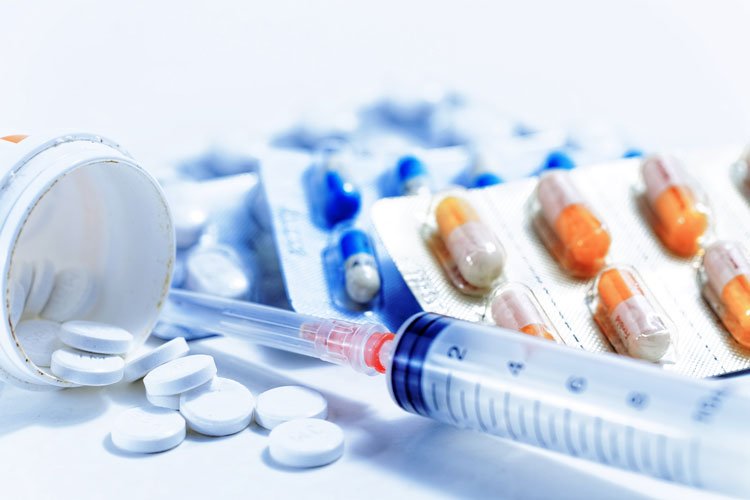 On a cold November day in 2015, Robert Lewis Dear Jr., wearing a T-shirt and protective vest constructed with duct tape and coins, turned to three people standing in the parking lot of a Colorado Springs Planned Parenthood and said, “You shouldn’t have come here today.”

Dear raised a rifle and began shooting. Dear then walked into the clinic and fired rapidly as patients and staff scrambled to escape or hide inside the building. 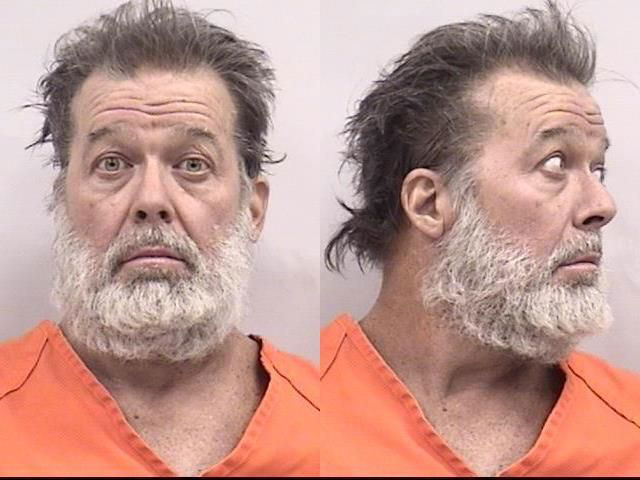 Suspect Robert Lewis Dear Jr. was arrested after a deadly attack and standoff at a Planned Parenthood clinic in Colorado Springs. Photos by Colorado Springs police via Getty Images.

After a five-hour standoff during which Dear exchanged gunfire with police, he was finally captured. When it was over, he had killed three people, including a police officer. Five other officers and four civilians were injured.

Dear, 57 at the time, confessed to the shooting, citing his anti-abortion and anti-government motives. His lawyers requested a hearing to determine whether Dear was mentally competent to stand trial.

As the community sought to heal, Dear’s case raised tricky legal questions about his competence and whether the state could force him to take medication to restore it. It’s a dilemma often faced by criminal defense lawyers when clients show signs of mental instability, which can bring proceedings to a halt if a judge finds them incompetent.

Courts have tended to rule that forced medication should only be used to restore competency in the rarest of cases. In 2003, the U.S. Supreme Court, in Sell v. United States, set limits in which a court could order medication, ruling it should be reserved for cases in which the government has an important interest in adjudicating the crime.

But instead of becoming rare, forced medication has become routine and can prolong cases for years, according to competency expert Susan A. McMahon, a professor at Georgetown University Law Center.

“A major problem of the Sell decision is it laid out very general rules for when defendants could be medicated,” McMahon says, adding that the generalities tilt against defendants because judges “default to medicating them.”

In a 2013 paper, “It Doesn’t Pass the Sell Test,” McMahon calculated that judges approved involuntary medication for competence in 49 of the 77 cases in which it was raised in the decade after Sell, mainly in cases of nonviolent crimes or crimes that “were often a clear manifestation of the individual’s mental disorder.” 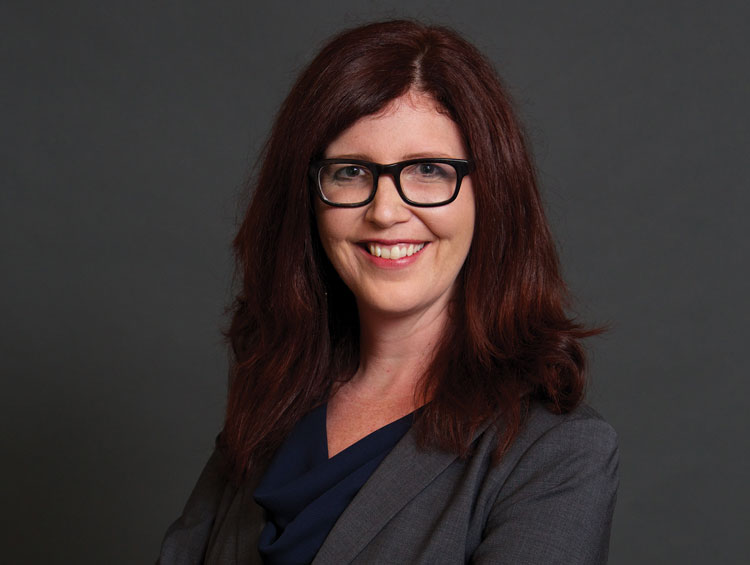 McMahon cited the case of Herbert G. Evans Jr., a 74-year-old man with a history of paranoid schizophrenia. Evans visited a U.S. Department of Agriculture center in 2002 to discuss an overdue USDA loan. He confronted an agent and ranted about the United States descending into communism, saying he had lived his life and wouldn’t “mind taking a few with me.” Evans was charged with misdemeanor assault.

The judge found him incompetent and sent him to a prison medical facility where he refused antipsychotic medication. The judge denied the warden’s request to force medication. Evans was held for four years, during which he was charged with threatening to kill the judge, and the Sell case was decided.

Following the Sell guidelines, the judge ordered medication. The Richmond, Virginia-based 4th U.S. Circuit Court of Appeals agreed that the government’s interest in prosecuting Evans was important and, true to Sell, did not consider Evans’ interests or the psychological nature of the crimes.

“Where the question is the government interest, it’s going to be the rare federal court that says prosecuting this case is not important,” McMahon says.

For cases such as Dear’s, McMahon says, “judges are going to be very reluctant to say, ‘Well, we have this avenue. We are able to forcibly medicate people, but we’re not going to take that path in this case.’ “

Jackie Grimmett, a psychologist appointed to Dear’s case when she worked at the Colorado Mental Health Institute at Pueblo, says, “Sell is not about what the defendant wants. It’s about the state and community interests in prosecuting offenders. I value the need for civil liberties but understand the need for Sell.” 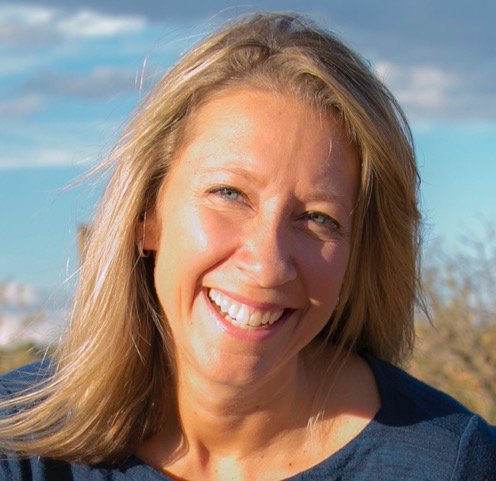 Dear’s behavior during a December 2015 hearing was clearly cause for concern: He repeatedly disrupted the proceedings as his court-appointed lawyers asked Chief Judge Gilbert A. Martinez of Colorado’s 4th Judicial District Court to evaluate his competency.

“I’m guilty. There’s no trial. I’m a warrior for the babies,” Dear shouted. He spoke over the judge and lawyers about his legal representation, Planned Parenthood and jail conditions, and fervently about not wanting “psychotropic drugs.”

Dear told the psychologists and police he opposed any defense based on mental illness, not wanting to diminish his message. “Dear wants to be adjudicated and was very clear he did not want medication,” Grimmett says.

“Planned Parenthood and my lawyer are in cahoots to shut me up,” Dear continued at the December hearing.

Dear’s lawyer Daniel King, trying to talk over him, finally said, “I think the problem is obvious, judge.”

Martinez ordered a competency exam for Dear. Grimmett and another court-appointed CMHIP psychologist evaluated Dear in two meetings in early 2016, and both testified at competency hearings later that year. The psychologists diagnosed him with delusional disorder, persecutory type, and found he was incompetent to proceed to trial. The psychologists said that while Dear could understand the charges against him and recite the possible criminal penalties, he had “extensive and seemingly paranoid commentary concerning what he perceived to be conspiratorial actions involving virtually all parties in his case.”

They concluded that given the length of time that Dear appeared to have been experiencing his delusions, “his symptoms are highly unlikely to spontaneously remit.”

“People who have experienced delusions for a long period of time often do not recover,” Grimmett said in an interview. “The longer someone’s held the beliefs, the more unlikely it is they will improve—but that doesn’t mean they won’t improve with medication.”

Dear interrupted a hearing to say he wanted to represent himself. Judge Martinez denied his request and declared Dear incompetent in May 2016, citing Dear’s “numerous incidents of laughing and giggling” during witness testimony. After Martinez read the ruling, Dear called the judge a “filthy animal.”

Martinez committed Dear to CMHIP for treatment directed toward restoring competency, including a plan—upheld at an emergency hearing requested by CMHIP—to inject Dear with multiple antipsychotic medications. Despite defense challenges, the Colorado Court of Appeals in January 2018 unanimously upheld medicating Dear under Sell, expecting it was “substantially likely” to make him competent for trial. The Colorado Supreme Court refused to hear the case.

Despite multiple reviews since his arrest, the court has continued to find him incompetent to proceed. Citing privacy laws, state officials refuse to say whether Dear is being forcibly medicated.

McMahon believes the criminal justice system is not set up to effectively adjudicate these kinds of cases. “It’s a mismatch, and we haven’t thought through yet the best way to handle them,” she says. “Are we going to medicate people against their will when our only justification is rendering them competent to stand trial? The answer to that should be no.”

Sell is divisive, but in the ruling’s 15 years, the Supreme Court has declined to reconsider it. Lower courts have cited Sell more than 500 times.

If Dear is ever deemed competent, proceedings against him will resume. If not, per Colorado law, the judge will review his status every 90 days, with the only options being to hold him permanently incompetent or dismiss the charges.

The prosecutor told reporters he expects cases like this to take three to five years to go to trial. The office of Dear’s defense lawyer, Daniel King declined to be interviewed for this article.

Dear’s lawyers have waived his right to appear in court, limiting his interruptions and incriminating statements. They also secured a court order to stop Dear from talking to the press.

Lee Nacozy is a lawyer and writer based in Seattle. She has written about criminal justice issues for various media outlets, including Declare Yourself, The Progressive, Voice for the Defense and Yahoo.