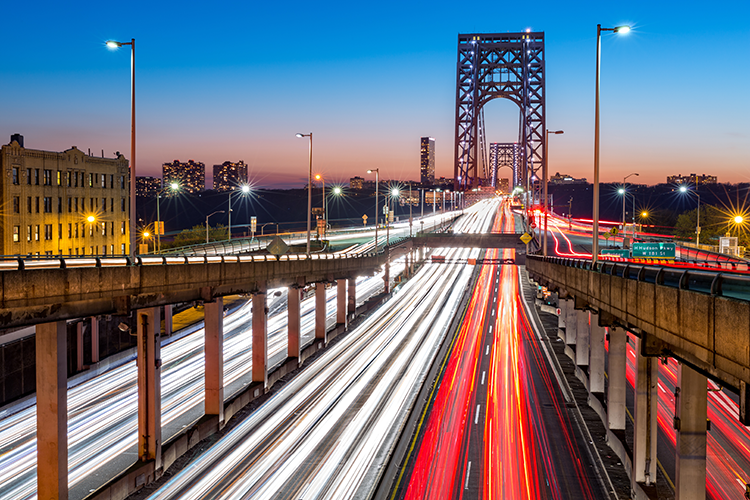 “Time for some traffic problems in Fort Lee.”

That was the now-infamous 2013 email that launched “Bridgegate,” when three officials schemed to shut down two of three access lanes from the New Jersey city into the toll plaza for the George Washington Bridge into New York City. The scheme was payback against the Democratic mayor of Fort Lee for refusing to endorse New Jersey Gov. Chris Christie for re-election that year.

One official pleaded guilty to federal fraud and conspiracy charges and turned prosecution witness against the other two, who were convicted of wire fraud, federal-program fraud and conspiracy charges. Those officials are Bridget Anne Kelly, who was a deputy chief of staff to Christie, and William E. Baroni Jr., the deputy executive director of the Port Authority of New York and New Jersey, the bi-state agency that operates bridges and tunnels in the New York City area.

The Supreme Court took up Kelly’s appeal, and her lawyers argue that she was convicted essentially for having ulterior political motives.

“I think everyone understands we would like public officials to act solely in the public interest at all times,” Yaakov M. Roth, Kelly’s lead counsel and a partner with Jones Day, says in an interview. “The government’s theory of property and of obtaining of property would make every official decision at every level of government a potential federal fraud prosecution.”

The government defends its prosecution of the two on the theory that conspiring to close the traffic lanes deprived the Port Authority of its property.

“By telling … lies, and diverting the agency’s resources to serve their own personal ends of inflicting massive four-day gridlock on Fort Lee, Kelly and Baroni committed fraud,” says a brief in Kelly v. United States by Jeffrey B. Wall, who is the acting U.S. solicitor general in the case. (The former law firm of Solicitor General Noel J. Francisco is representing Kelly in the case.)

‘Is it wrong that I’m smiling?’

Traffic on the George Washington Bridge. Photo from Shutterstock.

Kelly was the author of the “time for some traffic problems in Fort Lee” email, which was sent in August 2013 to David Wildstein, an aide to Baroni at the Port Authority. The goal was to punish the Democratic mayor of Fort Lee, Mark Sokolich, for his refusal to endorse Christie, a Republican who would win a second term as governor that fall.

Kelly, Baroni, and Wildstein hatched the plan that September. Fort Lee has long had three dedicated lanes during the morning rush hour feeding into the George Washington Bridge, the double-deck span over the Hudson River that is the world’s busiest, with daily traffic of 250,000 to 300,00 vehicles. (The other nine lanes serve traffic from two interstate highways.)

The thee officials came up with a cover story that a traffic study was the purpose for reducing Fort Lee’s lanes from three to one. They also lied to the Port Authority’s executive director and took other steps to conceal their plan. And they did not inform Sokolich or anyone else in Fort Lee. When the lanes were first reduced on Sept. 9 that year—the first day of school—the traffic backup in Fort Lee was massive. Public safety vehicles had troubling moving through the city, including to look for a missing child and respond to a cardiac arrest, and at one point ambulance attendants left their vehicle to respond on foot to an emergency. Baroni ordered that all calls from Fort Lee officials be directed to him, then refused to return the calls.

When Wildstein forwarded Kelly a text from the mayor stating that Fort Lee was having a “problem … getting kids to school,” Kelly sent a reply that said, “Is it wrong that I’m smiling?”

The lane reduction continued for four days before the Port Authority’s executive director ended it and launched an investigation. There was further evidence of cover-up efforts that include false legislative testimony and efforts to delete emails. A 16-month federal investigation resulted in the multiple charges against Kelly and Baroni, with Wildstein accepting his plea deal.

Both Kelly and Baroni took the stand in their own defense, with both testifying that they believed Wildstein was conducting a legitimate traffic study that involved reducing the Fort Lee access lanes. The uncovered emails and other evidence painted a different picture, and the jury convicted them on all counts.

On appeal, a panel of the Philadelphia-based 3rd Circuit U.S. Court of Appeals upheld the convictions based on the wire fraud, federal-program fraud and conspiracy charges. (The court tossed some civil rights charges.) The court found that Kelly and Baroni committed fraud by engaging in deception with the traffic study and had directed the misuse of Port Authority resources, such as the time and wages of employees involved in realigning the lanes and for an extra toll collector needed for the single Fort Lee lane.

The appeals court also upheld the district court’s refusal to instruct the jury that an intent to punish Fort Lee’s mayor was a necessary element to any of the charges.

“That defendants were politically motivated does not remove their intentional conduct from the ambit of the federal criminal law,” the court said.

Kelly appealed to the Supreme Court, with her lawyers observing that “for over three decades, this court has repeatedly warned against using vague federal criminal laws to impose standards of good government on local and state officials.”

Among the cases cited for that proposition was McDonell v. United States, the 2016 decision in which the court unanimously eviscerated the public-corruption conviction of former Virginia Gov. Robert F. McDonnell, despite “tawdry tales” that the court found “distasteful.” 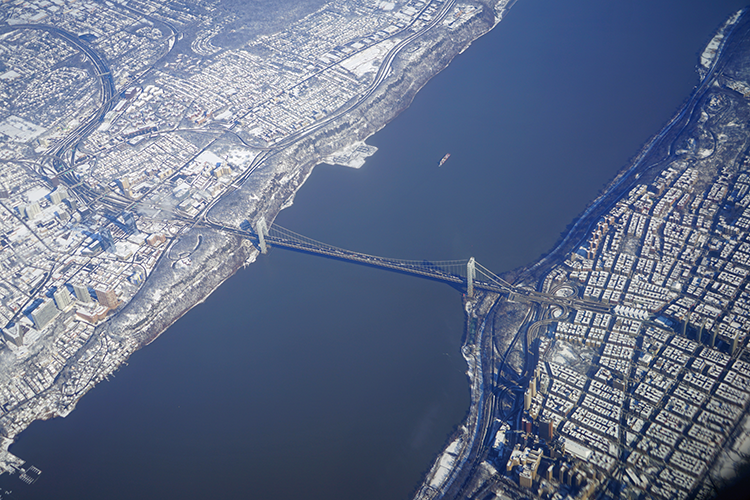 Aerial view of the George Washington Bridge. Photo from EQRoy/Shutterstock.com.

This case is “similar in many respects to McDonnell,” says Ellen S. Podgor, a law professor at Stetson University in Gulfport, Florida, who is an expert on white-collar crime. “If the court goes in favor of the government, the government just got a lot of power in the political sphere, and that is frightening.”

Roth says the defendants took no money or property from the Port Authority. When public resources are allocated to a public use, through deceit or political considerations, the state is not deprived of its property—only regulatory control.

He cites several hypotheticals that would be at risk under the government’s broad theory on property fraud. One would be a legislator who sought help from a bureaucrat on a matter that would be good for his district, when in reality the lawmaker was seeking to help a political ally. Another would be a police chief who sought more officers because he said a crime wave was anticipated, when he is really seeking to curry favor with the police union.

Although Baroni’s high court appeal was on a slightly different timetable, the justices have indicated they will essentially be considering his and Kelly’s appeals together by granting Baroni’s lawyers time to argue on Jan. 14.

“Allowing the federal property fraud statutes to be used in this unprecedented way dangerously injects a potent new weapon into a highly charged, hyper-partisan political environment in which voices on both sides are already regularly clamoring for their rivals to be prosecuted,” says a brief for Baroni filed by Michael A. Levy of Sidley Austin LLP.

Wall, in his brief for the federal government, casts the case as largely a continuing dispute over the facts rather than law.

“Kelly and Baroni acknowledge that a public official commits fraud if, for example, he misleadingly diverts public-agency resources to work on a private home,” Wall says in the brief. “Their conduct here is materially indistinguishable.”

As the jury, district court, and appeals court recognized, Wall says, “Kelly and Baroni lied about a traffic study in order to hijack Port Authority resources to gridlock a town, cause maximal harm to its residents, and endanger public safety. That was both outside their authority and repugnant to the goals of safe and efficient transportation to which those resources would otherwise have been committed.”

Frank O. Bowman III, a former federal prosecutor and a law professor at the University of Missouri in Columbia, says that “reasonably open-ended fraud statutes are needed if we’re going to keep up with the crooks, particularly the crooks in public office.”

He adds that he has been worried that the Supreme Court has been taking “an unduly protective view of official misconduct.”

“The notion that what is otherwise plainly a crime becomes permissible because it has a political motive strikes me as just daft,” says Bowman, a visiting scholar at Georgetown University Law Center this academic year.

Christie denied any knowledge of the lane closings, but the scandal was a major irritant for him and may have contributed to his 2016 presidential bid failing to gain traction.

Kelly was ultimately re-sentenced to 13 months in prison after the appeals court threw out some of the charges. She has not yet served time pending her appeal. Baroni was resentenced to 18 months and had begun serving his time before being granted bail when the Supreme Court granted review last summer.