Despite the COVID-19 crisis, some law schools see increases in jobs for new graduates

When the pandemic started, law schools feared 2020 would be a year like 2009—which was during the Great Recession and saw significantly fewer job opportunities for new graduates, along with many attorney layoffs.

But those fears don’t seem to have come to fruition for ABA-accredited law schools. Out of the 2020 graduates, approximately 70% had full-time, long-term, jobs that required bar passage, compared to 72% of the 2019 graduates, according to ABA data. However, more than 70 of the 197 ABA-accredited law schools saw increases in that category for their class of 2020. One caveat—42 of those schools still had less than 75% of their grads in such jobs. The data for individual schools can be found here. 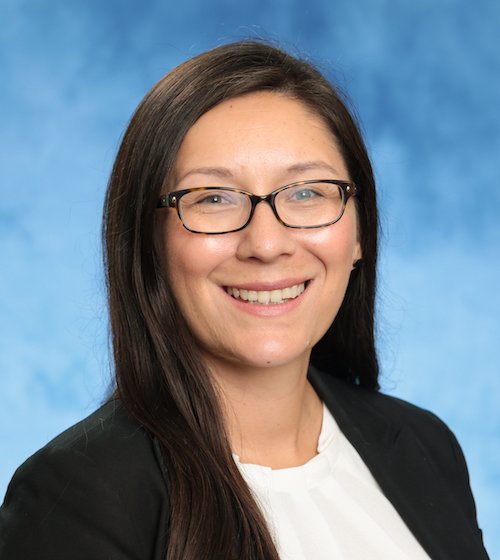 “I have employers reaching out to me for candidates all the time. I feel bad, I had to start telling them I don’t have any more candidates,” says Tanya Lundberg, the assistant dean of career services and outreach at the University of Detroit Mercy School of Law.

Lundberg says the Detroit area is experiencing a “bounceback” in attorney hiring. Many jobs for new graduates are in insurance defense, she adds, and there are more assistant public defender positions, thanks to a budget increase for the Michigan Indigent Defense Commission, which provides grants to local public defender offices. According to Lundberg, the annual salary range for most new law school graduates from Detroit Mercy is between $50,000 and $80,000.

North Dakota, which has one law school, also saw an increase in new lawyer jobs. Out of its 2020 graduates, 64% had long-term, full-time jobs that required bar passage, compared to 63% for 2019 graduates.

Class size played a role, says Michael McGinniss, the school’s dean. They had 108 graduates in 2019, and the class included 26 people who transferred from two now-shuttered InfiLaw campuses, Arizona Summit Law School and Charlotte School of Law. The class of 2020 only had 67 members, which included seven InfiLaw transfers.

McGinniss attributes the uptick to the state’s energy and gas boom, along with population growth. He says the average annual starting salary for his school’s graduates is $75,000.

According to data included in the ABA’s 2020 Profile of the Legal Profession, which includes a focus on “legal deserts,” North Dakota has 2.2 lawyers per 1,000 people.

For some law schools with year-over-year employment rate increases, the class of 2020 often didn’t find work until months after graduation. Laurie Powers, the assistant dean for professional development at Gonzaga University School of Law, says she saw a jobs uptick starting in January 2021, two months before the March deadline for ABA employment questionnaires.

“Nobody knew what would happen. Graduates are always anxious, even in normal times, and it was really hard to even give any good advice,” Powers adds. Gonzaga is located in Spokane, Washington.

There are three law schools in Washington. At Seattle University School of Law, approximately 70% of the class of 2020 had full-time, long-term jobs that required bar passage, compared to 63% of the 2019 graduates. Approximately 74% of the University of Washington School of Law 2020 graduates had full-time, long-term, bar-passage required jobs, compared to 77% for the class of 2019.

Washington state was one of five jurisdictions with 2020 emergency diploma privilege.

“I thought it was going to hurt us even more, but it could have helped,” Powers says, adding that eastern Washington employers can be traditional, and she wasn’t sure they would hire lawyers who did not take and pass a bar exam.

“The reality was people were licensed a lot sooner with diploma privilege, and a lot of employers had work for them,” Powers says.

In other states, including Florida, July bar exams switched from in-person to remote formats and were pushed back to October.

“We definitely thought the pandemic would have a negative impact on jobs, in part because of the delay with the bar,” says Deidré Keller, the dean of Florida A&M University College of Law.

Instead, the long-term, full-time, employment rate for 2020 jobs that required bar passage was 49%, compared to 40% for 2019 graduates, according to ABA data. The 2020 percentage should actually be 48%, and the law school is amending its ABA employment summary, Randolph Reliford, the law school’s assistant dean for career planning and professional development, told the ABA Journal. The school had 129 law school graduates in 2019, and 165 in 2020.

Florida has 12 law schools, including a WMU Cooley campus in Riverview, which does not keep employment data separate from its Michigan campus. Out of the law schools with Florida-specific employment data, six saw increases in full-time, long-term, bar passage-required jobs, but all were below 75%.

In May 2020, Florida A&M was found to be out of compliance with Standard 316, which requires at least 75% of school’s graduates who took a bar exam must pass one within two years of graduation. The council of the ABA’s Section of Legal Education and Admissions to the Bar announced in March that the law school was in compliance with the standard, which was easier to meet before being revised in 2017. Keller isn’t sure if the standard revision helped the law school’s 2020 employment outcomes. Its current two-year bar passage rate, based on the class of 2018, is 82%. Last year, based on 2017 graduates, it was 71%.

“I do think there is something cyclical. The better your job outcomes are, the better classes you can attract, which means more people pass the bar, and you are not in 316 trouble,” she says.

Among the U.S. News & World Report top 14 law schools, three saw slight increases in long-term, full-time bar passage-required jobs for 2020 graduates, compared to the class of 2019. None of the T-14 law schools had employment rates below 83%.

At the University of California at Berkeley School of Law, approximately 89% of the 2020 graduates had long-term, full-time jobs that required bar passage, compared to 90% of the 2019 graduates. Erwin Chemerinsky, the law school’s dean, says the 2020 percentage is now higher than what’s listed in the employment sumary because four graduates started long-term, full-time jobs after the questionnaire deadline.

“I was tremendously relieved the class of 2020 numbers were virtually the same as 2019. I don’t want to sound like I’m minimizing the tremendous economic suffering many people experienced, but in terms of law firms, they don’t seem to be adversely affected. The job market has remained about the same, notwithstanding COVID,” he adds.