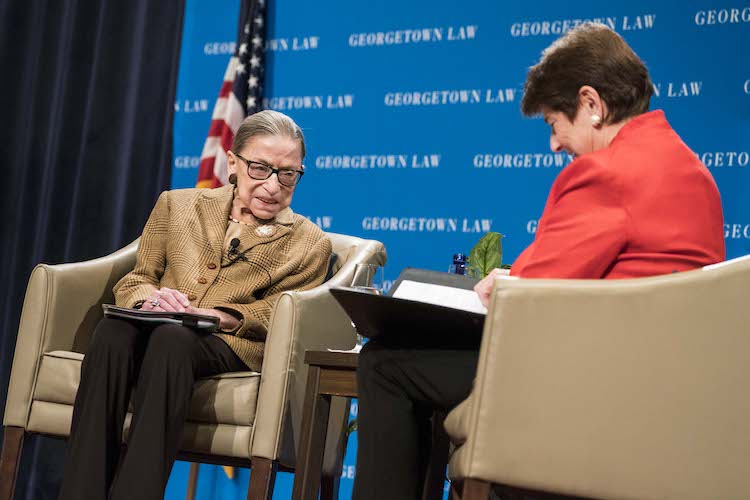 U.S. Supreme Court Justice Ruth Bader Ginsburg celebrated Monday evening the centennial of the 19th Amendment that gives women the right to vote as a “miracle” and a “first step towards equal citizenship stature for women.”

But she still holds out hope for another goal of the suffragist movement—the adoption of the Equal Rights Amendment, which was first introduced in 1923, approved by Congress in 1972, but fell three states short of the required 38 for ratification by an extended 1982 deadline.

Speaking at Georgetown University Law Center at an event co-sponsored by the American Bar Association, Ginsburg poured cold water on the renewed hopes for the 1972 amendment becoming part of the U.S. Constitution after Virginia became the 38th state in January to ratify the measure that says “equality of rights under the law shall not be denied or abridged by the United States or by any state on account of sex.”

“I would like to see a new beginning,” Ginsburg told her interviewer at the event, Judge M. Margaret McKeown of the 9th Circuit U.S. Court of Appeals at San Francisco. “I would like to start over. There is too much controversy about latecomers [like] Virginia long after the deadline passed. Plus, a number of states have withdrawn their ratification. So if you count a latecomer on the plus side, how can you disregard states that said, ‘We have changed our minds’?”

Supporters of the ERA say the ratification deadline was invalid or that Congress could again extend the deadline, thus accepting the ratification. But as Ginsburg noted, five states that had ratified the amendment later rescinded their votes. In a Jan. 6 advisory opinion, the U.S. Department of Justice’s office of legal counsel concluded that the 1972 ERA measure had expired, and that Congress would have to start over.

Ginsburg, 86, a pioneering legal advocate for gender equality before joining the federal bench in 1980, told McKeown that she has been asked many times about the need for the ERA when women won many legal victories based on the 14th Amendment’s equal protection clause.

“Every constitution in the world written since the year 1950, even Afghanistan, has the equivalent of an equal rights amendment, and we don’t,” Ginsburg said. “I would like to show my granddaughters that the equal citizenship stature of men and women is a fundamental human right that should be right up there with free speech, freedom of religion [and] the ban on discrimination based on race or national origin.

“So even if the argument is that it is largely symbolic, it is a very important symbol,” Ginsburg added. “Why should the rest of the world have the equivalent of an equality guarantee and the United States does not?” 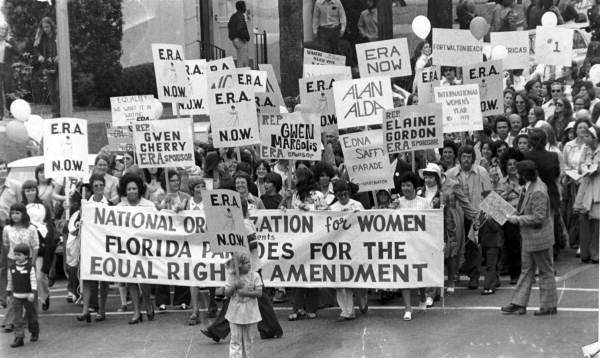 No Straight Path for Suffrage

The discussion of the ERA was a newsy sidelight at an event meant to recognize the 19th Amendment, which was ratified Aug. 18, 1920, after more than 70 years of activism by the women’s suffrage movement.

“The suffrage movement was neither wholly united nor inclusive, and ratification did not take a straight path forward,” said ABA President Judy Perry Martinez at the event. “The movement was fractured in the approaches suffrage groups chose to follow. It was sometimes divided by race and class and, at times, haunted by racism. There are many legacies of the 19th Amendment to explore and much more work to do not only for the benefit of women but also, of course, for the benefit of our entire democracy.”

Ginsburg said her mother, Celia Bader, was 18 years old when the 19th Amendment was ratified and took part in suffrage parades in New York City at ages 15 and 16.

“In some ways, the 19th Amendment was a miracle because everyone who voted for it in Congress and in the states, it was all men,” Ginsburg said. “So suffragists had to sell votes for women to an all-male audience, and that was no easy task.”

Some suffragists “had high hopes for the 19th Amendment,” Ginsburg said. “Strictly, it says the right to vote shall not be denied or abridged on account of sex. But if women were to have equality in the political domain—that is, if they were part of the political constituency and could vote—then how could you abide subordination of women in the civil domain?”

But “the courts interpreted the 19th Amendment strictly,” Ginsburg said. “So it gave women the right to vote, just that.”

Ginsburg noted that longtime suffragist Susan B. Anthony, who died in 1906, “never got to see the 19th Amendment, but she knew it would happen.”

Ginsburg referred to a phrase uttered by Anthony just days before her death—that with women who are “true and devoted to the cause” of suffrage, and “with such women consecrating their lives, failure is impossible!”

“The National Woman’s Party was the more radical wing of the suffragist movement, and their idea was if the 19th Amendment is going to are interpreted restrictively, we need something else,” Ginsburg said. “So they introduced the Equal Rights Amendment in 1923 and almost every year thereafter until, at last, Congress let it out. … Their idea was the 19th Amendment, but women should have equality in all fields of human endeavor, so we made an Equal Rights Amendment. And, at least in my view, we still do.”

ABAJournal.com: “What does Equal Rights Amendment ratification in Virginia mean for its chances?”