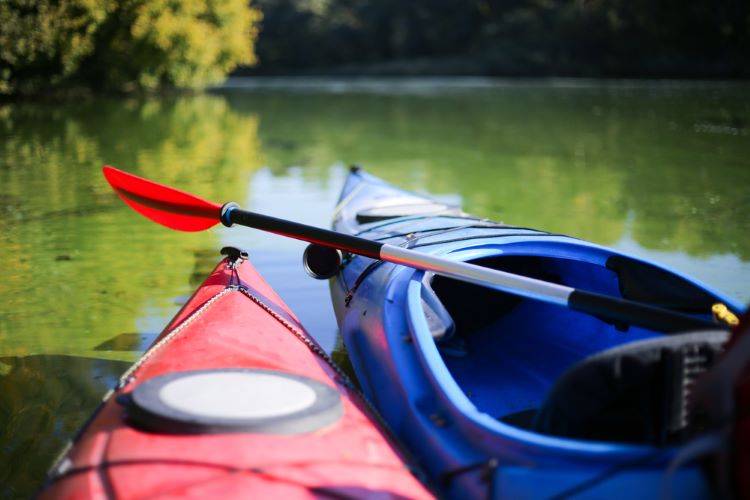 Fossil hunters who own property along the Mazon River in Illinois can’t kayak past the homes of other riverfront property owners absent permission, the Illinois Supreme Court ruled last week.

The state supreme court said in a June 16 decision the Mazon River is classified as a nonnavigable waterway, and Illinois common law doesn’t allow riparian owners on such rivers and streams to cross the property of other riparian owners.

The Illinois Supreme Court ruled against fossil-hunting property owners Adam Holm, Daniel Holm, Loretta Holm and Nick Holm. They owned two properties along the river, only one of which can be accessed by land.

The Holms had used the property accessible by a road to launch kayaks and reach the other property, said to contain a large number of fossils because of its relative inaccessibility. The plaintiffs collected fossils to sell to paleontologists and collectors.

The Holms had sued neighboring property owners who objected to their use of the river, a tributary of the Illinois River in Grundy County, Illinois. One of the defendants, Peter Kodat, owns a competing fossil business, according to the Holms’ lawsuit.

A waterway is considered navigable and subject to a public easement in Illinois if it is of sufficient depth to allow for commerce. But when a waterway is nonnavigable, riparian owners own “the bed of the stream … free from any burdens in favor of the public,” the state supreme court said.

It is undisputed that the Mazon River is nonnavigable, and there is no public right of access, the Illinois Supreme Court said.

The plaintiffs had alleged that they were entitled to full use of the river as riparian owners, however, under a right of “reasonable use” of the water and a 1988 Illinois Supreme Court decision, Beacham v. Lake Zurich Property Owners Association.

Beacham found that lakefront property owners had a right to use a nonnavigable lake for boating. The Illinois Supreme Court said it would not extend the Beacham decision to rivers and streams.

Plaintiffs’ “reasonable use” argument also fails because it applies only to “natural” uses of riparian owners that are absolutely necessary to the owner’s existence, the state supreme court said. Such uses have included using the water for drinking, household purposes and watering livestock.

The Illinois Supreme Court acknowledged the plaintiffs’ public policy arguments for allowing recreational uses of nonnavigable waterways in the state.

“In our view,” the state supreme court said. “the legislature is the best venue to consider plaintiffs’ request for the creation of a new public policy on riparian rights for nonnavigable rivers and streams in Illinois, which constitute the majority of waterways in this state.”

The case is Holm v. Kodat.

Hat tip to Law360, which covered the decision.