What goes on in the mind of a sentencing judge? We rarely hear how a judge determines an appropriate sentence for a person who has been convicted of a crime. This process is invisible to the lawyers in a case, the public and even to the criminal defendant being sentenced.

Judge Frederic Block, a longtime federal district court judge, has written Crimes and Punishments: Entering the Mind of a Sentencing Judge, a new book that gives readers a behind-the-scenes look at a judge’s thoughts and feelings when imposing punishments.

Block shares compelling stories of some of the cases that he has handled over the years. Each story evokes important issues concerning the criminal justice system, including mandatory minimum sentences, collateral consequences and the three-strikes law. Throughout the book, Block is candid and self-reflective, often expressing his concern that his subconscious thoughts might be influencing the sentences and wondering where the line should be drawn in exercising his judicial powers.

Block also gives an overview of the workings of the federal courts and how judges are given immense amounts of discretion. Crimes and Punishments offers a refreshing look at the human element of how a judge balances justice and mercy.

In this new episode of the Modern Law Library podcast, Olivia Aguilar of ABA Publishing speaks with Block about sentencing issues, the details surrounding the cases covered in the book, and the most important case that he has ever handled.

Podcast listeners can purchase Crimes and Punishments through the ABA web store. 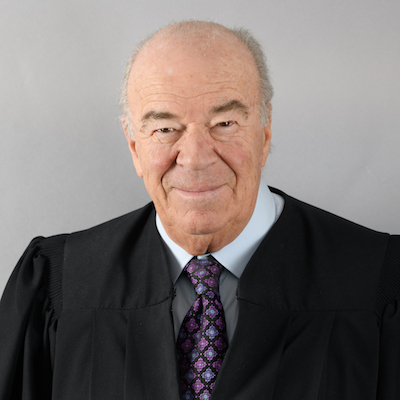 Judge Frederic Block was appointed to the Eastern District of New York in 1994. After 25 years on the bench, Block continues to maintain a full caseload. He also regularly sits by designation on the 9th U.S. Circuit Court of Appeals at San Francisco, where he has authored over a dozen opinions. Block recently authored the reality-fiction novel Race to Judgment, after having written his highly acclaimed memoir Disrobed: An Inside Look at the Life and Work of a Federal Trial Judge.

Previous:
One year after Kavanaugh's confirmation, reporters reexamine the evidence for and against him

Next:
Check out our favorite books of 2019