“I had been in journalism before going to law school,” says Ambrogi, an ABA Journal Legal Rebels Trailblazer. “I was running a little newspaper in Springfield, Massachusetts, and working a second job to pay the bills. I had an adviser at the time, and he urged me not to get a master’s degree in journalism but to get a degree that could teach me how things worked and how things functioned. He suggested law school, which was something I had never thought of.”

Ambrogi, who earned his JD from Boston College Law School in 1980, practiced law for a few years, including a stint in the Virgin Islands as chief counsel to the Virgin Islands Public Employees Relations Board. He also was a staff attorney and hearing officer for the Massachusetts Labor Relations Commission and managed a law office in St. Thomas, U.S. Virgin Islands. He continues to practice to this day, handling media and employment law matters as well as arbitrations and mediations.

However, his first love remained journalism. Indeed, he loves writing so much that he writes in his free time. “One of things I do is maintain a local blog about the history of Rockport, Massachusetts, which is the town I live in,” he says. “I started collecting antique postcards from there and started a blog writing about the history of the scenes depicted in those cards.”

When an editorial opportunity presented itself in 1987 at Lawyers Weekly Publications, he grabbed it and never looked back. At Lawyers Weekly, Ambrogi was founding editor of national newspaper Lawyers USA and editor-in-chief of Massachusetts Lawyers Weekly and Rhode Island Lawyers Weekly. In 1999, he made a move to ALM, where he was editorial director of the litigation services division before he became editor-in-chief of the National Law Journal. In 2001, he wrote a book about the web: The Essential Guide to the Best (and Worst) Legal Sites on the Web.

This book guided him into the next phase of his career. Long fascinated with the internet, Ambrogi found it easier to update his book via the web rather than release a new print edition.

“I figured it was foolish to try and do a second edition, since the internet changes so much and so quickly,” Ambrogi says. Instead, he founded the LawSites blog in 2002 with the stated purpose of posting news and reviews of websites of interest.

Since then, Ambrogi has expanded his blog to cover product and app reviews while writing about the legal profession—especially as it relates to legal technology. “When I launched my blog, I was one of the first legal bloggers,” Ambrogi says. “I certainly never thought I’d still be running it 15 years later.”

One reason he remains so relevant is because of the legal industry’s reputation of being resistant to change, especially when it comes to adopting technology. Ambrogi says this is true, but only to a point.

“The legal profession has been at the leading edge of adopting certain types of technology, but it’s a small subsection,” he says. “I often make the point that one of the very first web browsers was created by the Legal Information Institute at Cornell University, so that lawyers could use it to access legal information.”

But otherwise, the profession has been slow to adopt the internet and other technologies, such as cloud computing, machine learning and automation.

Nevertheless, he is cautiously optimistic that lawyers will embrace certain types of technology. “In the next five years, I think most firms will move entirely to the cloud,” he says. “They won’t be using desktop or locally installed applications.”

In the long term, he’s intrigued by blockchain and artificial intelligence, although he admits the adoption curve will be much longer. “Lots of lawyers are scared off by stories of robots replacing them,” he says. “In actuality, AI will supplement and enhance a lawyer’s work.” 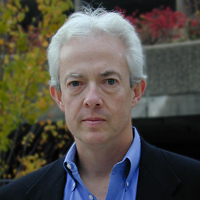 Bob Ambrogi is the only person to have held top editorial positions at both National Law Journal and Lawyers Weekly USA. He writes the nationally recognized blog, LawSites, covering new networking sites and technology for the legal profession. Ambrogi is a Massachusetts attorney representing clients at the intersection of law, media, and technology for his firm, The Law Office of Robert J. Ambrogi.