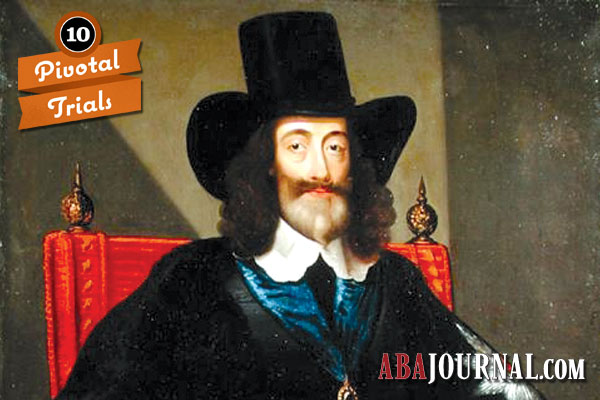 Less than 50 years after the death of Elizabeth I brought the Tudor dynasty to a close, the British monarchy, now in the hands of the Stuarts, was in serious conflict with Parliament. While Charles I, who began his reign in 1625, insisted that his power rested on divine right, an increasingly restive opposition in Parliament led by Oliver Cromwell took steps to limit that power. The English Civil Wars of 1642-51 resulted in the defeat of the Royalist forces. Charles surrendered to the Scots, who turned him over to Parliament, which decreed that he should be put on trial for treason and “other high crimes against the realm of England.” –Read the article by Maura McGowan.

Image: “Charles I of England” by Edward Bower. Courtesy Wikipedia.