The Art Behind the Courtroom Sketch 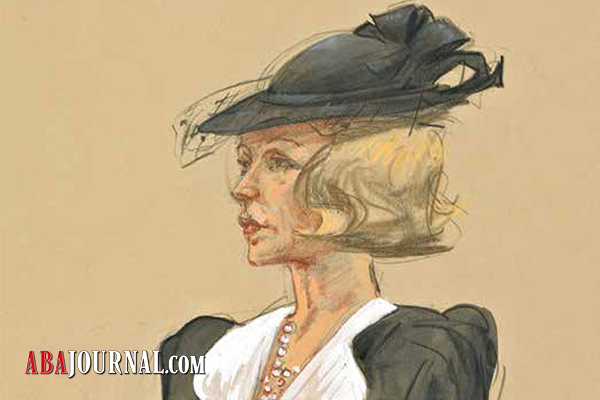 Sydney Biddle Barrows was a young socialite able to trace her lineage to the era of the Pilgrims. In 1984, that was all a New York City tabloid needed to latch onto when they dubbed her the “Mayflower Madam” for running an escort service that catered to the rich and powerful.

In court, Barrows provided many stylish moments for sketch artists.

“I love having my attention drawn immediately to the quirky or unusual in court,” artist Aggie Kenny said. “And I was amused by the Mayflower Madam’s pert hat and struck by her Madison Avenue apparel. True indications of her management style.”

Despite the raciness of the charges she faced, providing plenty of front-page fodder long before there was social media giving constant updates and commentary, Barrows ended up pleading guilty to promoting prostitution and was fined $5,000. She didn’t serve any jail time, was able to keep the profits earned—and, perhaps most important, her client list remained a secret.

Attribution: Photo gallery by Monica Burciaga and Andy Lefkowitz. Illustration by Aggie Kenny from the book “The Illustrated Courtroom: 50 Years of Court Art” by Elizabeth Williams and Sue Russell.