7 adventures which ended in court 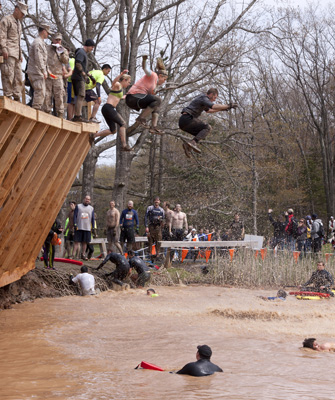 28-year-old Avishek Sengupta had been training for 16 months for the 2013 Mid-Atlantic Tough Mudder race, according to Outside Magazine. But when he took the leap off the “Walk the Plank” obstacle (seen above at a 2012 race in Pocono Manor, Pennsylvania), he did not resurface from the muddy water. More than eight minutes later, a rescue diver pulled him out. He died the next day. His mother Mita Sengupta filed a wrongful-death suit against the organizers in April 2014, according to the Baltimore Sun.

On May 17, a rescue diver stationed at the Walk the Plank obstacle at a Tough Mudder event in Ohio was taken to the hospital in critical condition when his heart stopped, according to ABC News. A Tough Mudder spokesman said that it was a “personal health issue” rather than the result of an on-site accident.