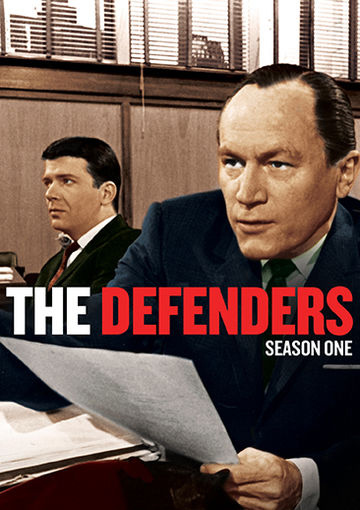 Of The Defenders, the ABA Journal wrote: “Lawrence Preston (E.G. Marshall) and his son, Kenneth (Robert Reed), took the cases nobody else seemed to want. They usually involved some of the most divisive issues of the time (abortion, un-American activities, censorship, race). … It offered some of the most sophisticated dis­cussions about the nuances of the legal system that television had yet seen.”

But until this year, The Defenders was unavailable on DVD or streaming services, according to the Los Angeles Times.

Now thanks to the Shout! Factory, all 32 episodes of Season One of The Defenders are available in a handsome box set for $35.99.