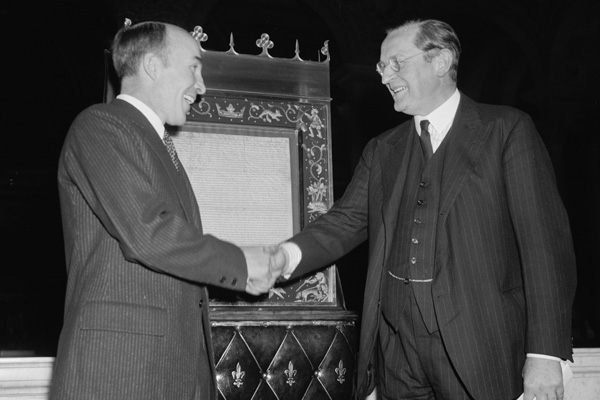 Image courtesy of the Library of Congress.

The 2014 exhibition is not the first time that the Library of Congress has been entrusted with the Lincoln Cathedral Magna Carta. Seventy-five years prior, the precious document was taken from wartime Great Britain and taken to the United States for safekeeping. In this 1939 photo, British ambassador Philip Henry Kerr, the 11th Marquess of Lothian (right), is passing the document over to Librarian of Congress Archibald MacLeish in an official ceremony. It was displayed for a short time, beginning Nov. 28, 1939, then taken to Fort Knox in Kentucky. It was repatriated after the end of World War II.