50 Years of Miranda in Pop Culture 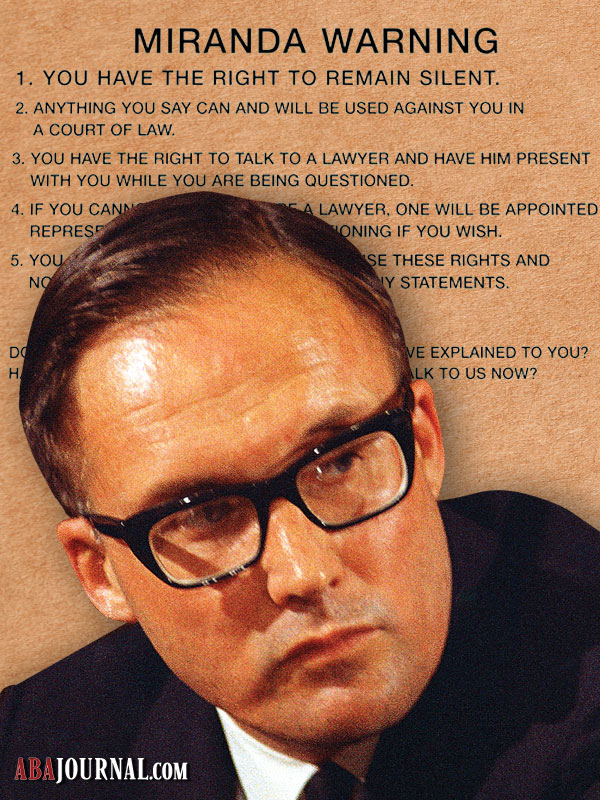 As an assistant U.S. attorney general during the Nixon administration, William Rehnquist was openly critical of the liberal Warren court’s 1966 decision in Miranda. In 2000, however, when the U.S. Supreme Court considered overturning the landmark decision in Dickerson v. United States, Chief Justice Rehnquist instead reaffirmed it, writing the opinion himself.

Related feature article: “50-year story of the Miranda warning has the twists of a cop show”