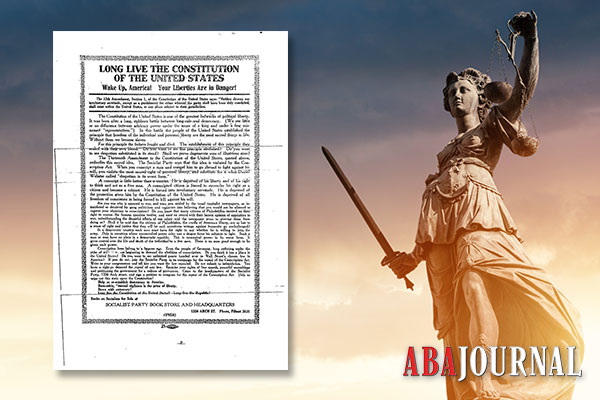 The context was World War I. The defendant, socialist Charles Schenck, produced flyers that encouraged resisting the draft and was subsequently convicted under the Espionage Act of 1917. The Supreme Court determined that obstructing the draft can lead to a criminal conviction, arguing that during special circumstances, such as wartime, speech such as Schenck’s can pose a “clear and present danger.”

Writing for the majority, Justice Oliver Wendell Holmes stated that “the question in every case is whether the words used are used in such circumstances and are of such a nature as to create a clear and present danger that they will bring about the substantive evils that Congress has a right to prevent. It is a question of proximity and degree.”