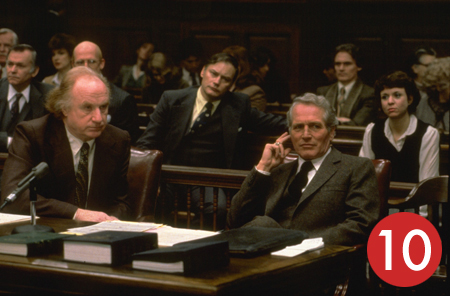 Paul Newman is a washed-up, alco­holic lawyer who gets handed a medical-malpractice case and sees it as one last chance to get his career right. James Mason is diabolical as his courtroom opponent who cavorts with the judge, played by Milo O’Shea. Charlotte Rampling is the love interest—whose interests may not be those of Newman’s character. Tight and tense direction by Sidney Lumet (12 Angry Men, Dog Day Afternoon).

Trivia: Nominated for five Oscars in the year that Gandhi won.