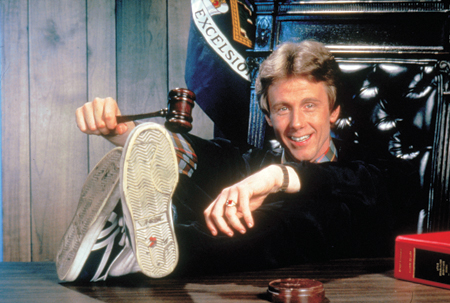 Judge Harry Stone (Harry Anderson) presided over the late-night antics of a misdemeanor court in New York City, which featured a lecherous prosecutor, a no-nonsense court clerk, a droll set of bailiffs and a string of cover-girl public defenders. Full of pratfalls and seriously good intentions, the show managed to humanize the one place where most people meet up with the law.