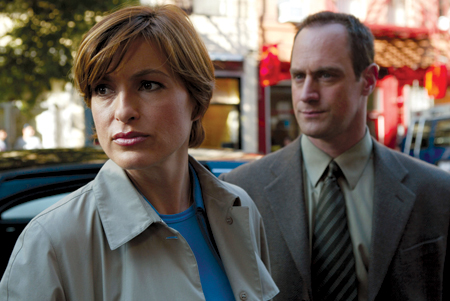 This first spin-off of L&O is more police procedural than lawyer-driven drama, but was still a favorite of our judges. The sex-crime plotting is explained in the opening narration, and the serialization is keyed to the show’s two principals—Elliot Stabler (Chris Meloni) and Olivia Benson (Mariska Hargitay).