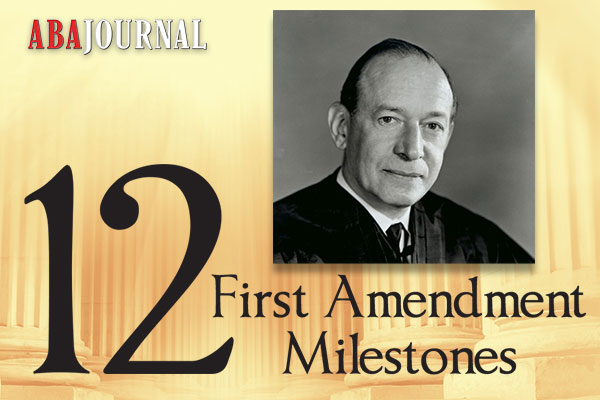 In Brandenburg v. Ohio, the Supreme Court determined that speech can be prohibited if it is “directed to inciting or producing imminent lawless action” and is “likely to incite or produce such action.” In this case, a leader of the Ku Klux Klan was charged under Ohio’s criminal syndicalism law with advocating violence during a rally. But the court found April 7, 1969, that the Ohio law violated the two-pronged test of speech because it was overly broad, and Clarence Brandenburg’s conviction was reversed.

Justice William J. Brennan Jr. finalized the per curiam decision after Justice Abe Fortas, who prepared the original draft, resigned. The decision stated that “we are here confronted with a statute which, by its own words and as applied, purports to punish mere advocacy and to forbid, on pain of criminal punishment, assembly with others merely to advocate the described type of action. Such a statute falls within the condemnation of the First and 14th Amendments.”