10 Questions: This former criminal defense lawyer builds on his Puerto Rican heritage as a bilingual comedian 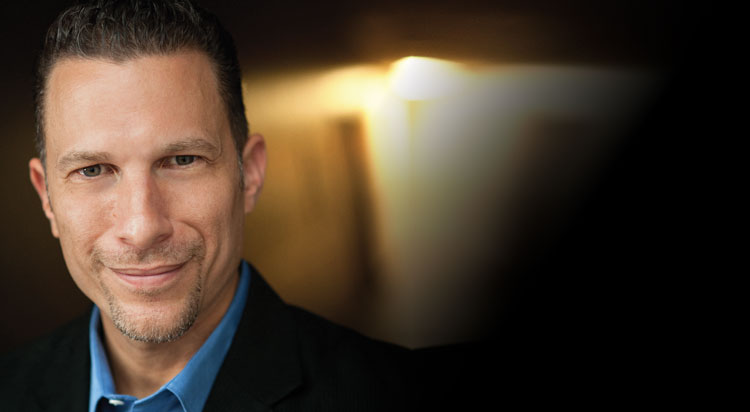 Do you appreciate the taste of tostones? Can you toggle between Spanish and English, even in the same sentence? Have you ever had the chorus of “Mi Burrito Sabanero” stuck in your head for days? If you’ve answered yes to any of these questions—and you’re now infected with a “tuki tuki” earworm—you’re probably Puerto Rican. That means comedian Elizardi Castro is going to make you laugh—in two languages. Castro is the creator of Made in Puerto Rico, a high-energy bilingual comedy show about island life, culture and pride. Castro has been performing this one-man show for more than a year, selling out venues across the country, and in March, he’s presenting it at an off-Broadway theater in New York City. Castro connects with his audience so effectively in part because of his last job: He was a criminal defense lawyer in Orlando, Florida. Castro often incorporated a bit of Spanish language into his advocacy, and he’s kept that theme going through his career switch from practicing to performing.

You were born in Puerto Rico and moved to New York when you were 9, but frequent visits to the island allowed you to maintain your connection to the island’s language and culture. Did you always intend to incorporate that connection, and especially the language duality, into your comedy?

Ever since I started writing, it was always bilingual. Growing up, I felt like I had to choose. Speaking Spanish was not encouraged. Being in comedy has allowed me to freely live in both worlds, and to freely communicate in both languages. English is my first language, but Spanglish is really the language where I feel most comfortable—it allows me to express myself both intellectually and emotionally. People misunderstand Spanglish to mean mixing the words, but it’s really when you begin in English and finish in español or vice versa. When I was a lawyer, if I was to use a Spanish word in court, I knew that every person on that jury who was Latino was mine. They were absolutely mine. The fact that I can bounce back and forth, especially with a Hispanic audience, it’s really where my joy is.

Have you ever performed in Puerto Rico, and do you toggle between languages in those shows, too?

I’ve been in parts of shows in Puerto Rico, and I did all my sets in Spanglish. It’s controversial because they always say, “You should do it all in Spanish!” But my point was to use the English to make us feel like we’re one, whether we’re in Puerto Rico or the states. I was pleasantly surprised as to how many people understood what I was saying when I spoke English. When I was able to get that laugh in English when I was in Puerto Rico, it was probably one of the best feelings I’ve had in my career.

Have you been back since Hurricane Maria?

We went about three months after Maria, and I am going back [soon]. When I was there after Maria, my family was well, but they didn’t get electricity until nine months after. What was stunning was how well they were doing. They never complained, they were never down about it, they were just resilient.

Have you ever considered using your comedy to explore the serious issues that face the island, including the myriad political controversies surrounding the response and relief efforts after the hurricane?

I stay away from politics. I also don’t talk dirty or ridicule people. My comedy is cultural, it’s observational, it’s personal. If what’s out there is so negative, and I focus on that, it’s like that’s all there is. I get that that needs to be made fun of, but I trust that there are other comedians to do that. There’s so much more that can be highlighted. When it comes to my culture, it needs to be highlighted, it needs to be celebrated.

Did you grow up wanting to be a comedian?

I had always had that desire to perform, but my father had always pushed for me to be a lawyer. I grew up scared of my father, so becoming a lawyer was a good idea! 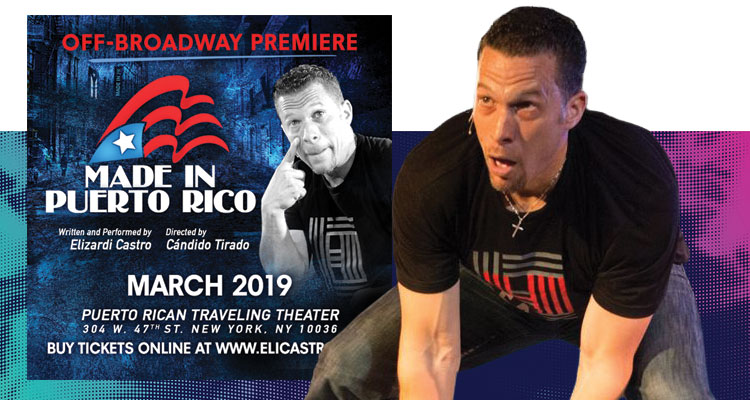 Photo by Kaila designs and courtesy of Elizardi Castro

When did you start to heed the call of your inner performer?

When I was a prosecutor in Orlando in ’02, I stated writing stories in my office when I wasn’t in court. I put on a show for my family and friends in my apartment complex, and it got a really good response. Shortly thereafter, I switched to criminal defense, and because I was a solo, I was able to better manage my time, so I started writing more and more. I submitted a play to a fringe festival and it got a good review, and things just started to take off.

You’ve credited voir dire for developing your comedy skills—how so?

When you do a trial, that jury is your audience, and you have to perform. But you really learn to talk to people doing voir dire. That’s where you can learn how to craft your lecture to the specific people in front of you. You don’t just get to learn who they are and what they do for a living, you get to really talk to them, and if you’re funny, you can use humor to connect with them. I loved voir dire so much I would forget that the point was to exclude people! That’s really where I started. When I crossed over to stand-up, I thought, this is really just one long voir dire! And I don’t have to worry about someone going to prison!

Did you ever regret leaving the firm you founded to become a performer?

In addition to writing and performing your stage shows, you’ve got a YouTube channel with videos ranging from car karaoke to cooking demonstrations to travel shorts about different destinations in Puerto Rico, all of which you’ve written, shot and edited—plus you do a weekly podcast. How do you get it all done?

That all comes from my training as a lawyer. It’s how I studied and how I prepared for trial. I don’t have many friends in the comedy world because none of them work like I do. They have a hard time understanding that for me, comedy is a serious business. Whether it’s a podcast or a short film or a show, I prepare like I prepare for trial. I don’t slack. I am busier now than I was when I had my own law firm, and that’s something I never thought I would say.

I heard you’ve extended a personal video invitation to a certain U.S. Supreme Court justice to be your guest at your upcoming show this spring …

Yes! I’m inviting Sonia Sotomayor to come and see my off-Broadway show in March. For this Puerto Rican lawyer who grew up in the Bronx to come to the show, that’s a dream for me. I’ve always wanted to perform this show for her. We have similar values, and her relationship with her grandmother is very similar to my relationship with my grandmother in Puerto Rico. I know she would love it, and I would just love for her to be as proud of me as I am of her.

This article was published in the March 2019 ABA Journal magazine with the title "The Languages of Laughter."