The government’s crusade against Chaplin was one of the first uses of the Immigration and Nationality Act. Photo by Cinematerial.com

Charlie Chaplin and his family were midway across the Atlantic, London-bound from New York City aboard the RMS Queen Elizabeth, when word reached them that his return to the U.S. was likely to be complicated.

Chaplin, who never relinquished British citizenship, had been granted a re-entry permit. But Attorney General James P. McGranery waited until Sept. 19, 1952, two days after the ship set sail, to announce that immigration authorities would detain Chaplin for questioning upon his return. The purpose, McGranery suggested, was to determine—as for any new immigrant—whether the internationally known comedian, 63, had the physical fitness, sound mind and good morals worthy of admittance to his home of 40 years.

To Chaplin, the move was the latest in a decadeslong campaign against him—one that intensified with the rise of anti-communist politics and its bone-deep suspicion of foreigners, artists and, most of all, Hollywood. And he had reason to believe that. 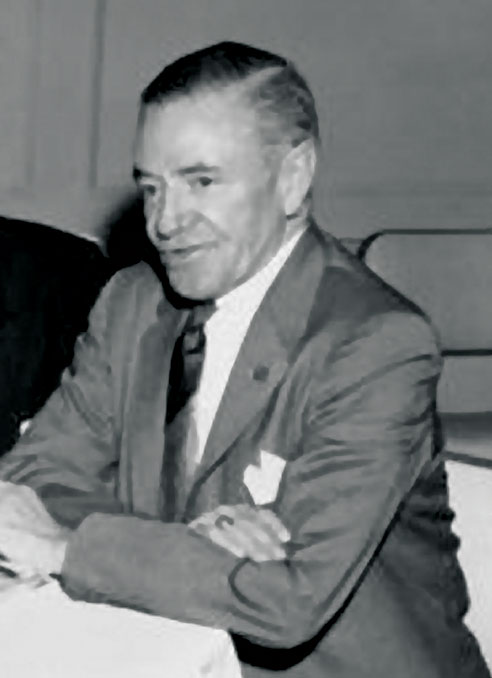 McGranery’s announcement, calculated in its timing, was later shown to be the product of intense FBI scrutiny that abetted public attacks by influential politicians, defamatory press accounts, national boycotts by citizenship groups, and criminal charges tied to his relationship with a young actress.

Though never shown to be a member of any particular organization or political party, Chaplin was widely assailed for presumed communist leanings; and, for his part, he never denied deep sympathies for the powerless or poor. Reared on the impoverished streets of London, Chaplin’s work veered far to the left of the self-conscious capitalism that predominated his era. His most popular films—including Modern Times and The Great Dictator—carried a working-class bias against industrialization and authoritarianism that meshed poorly with postwar capitalism and its anti-communist zeitgeist.

Even worse, he was independent. As one of the original investors in the United Artists film studio, Chaplin was rich—and a capitalist. He owned the lucrative rights to most of his own performances and couldn’t be intimidated by studio bosses. In the run-up to World War II he had urged American neutrality, but he later abandoned that position. And during the war he expressed support for the Soviet Union, at the time an ally. After the war, he refused to abandon friends who had actually embraced communism.

In 1947, when questioned about his sympathies at a press conference for Monsieur Verdoux, Chaplin retorted: “These days, ... if you step off the curb with your left foot, they accuse you of being a Communist.” And when invited to appear before the House Un-American Activities Committee, he shot back a telegram to its chairman, J. Parnell Thomas: “I am not a Communist. I am a peacemonger.”

Chaplin’s public image was further complicated by a lawsuit brought by aspiring actress Joan Barry, who claimed the actor, more than 30 years her senior, had fathered her child. Although blood tests indicated Chaplin had not, they were inadmissible in California courts and he lost the case. So in 1944, federal prosecutors followed with criminal charges, alleging that a trip to New York with Barry for “immoral purposes” violated the White-Slave Traffic Act, aka the Mann Act. Though a jury acquitted him, it lent fodder to his critics.

Initially, Chaplin seemed determined to fight to re-enter the United States. But in April 1953, he surrendered his re-entry permit to U.S. officials in Switzerland, where he lived until his death in 1977.

The measure against Chaplin was one of the first uses of the Immigration and Nationality Act, created in 1952. Aimed at denaturalizing and deporting mobsters, it became a useful tool for U.S. officials to deter visits by artists and intellectuals—writer Graham Greene, actor Yves Montand, poet Pablo Neruda, among many—whose works (or personal histories) they considered inimical.