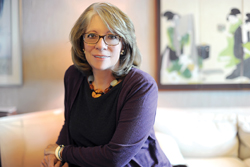 Three events made 1994 a watershed year for raising public awareness about the widespread but largely unacknowledged problem of domestic violence.

One of the events ignited a firestorm of media coverage. In June, O.J. Simpson was arrested in the murder of his ex-wife, Nicole Brown Simpson, and her friend Ronald Goldman. In a scenario that would repeat itself in future years, Simpson had gained fame as a running back at the University of Southern California and in the National Football League. He parlayed his popularity as an athlete into careers in film and television, sports commentary and commercials. After a trial that mesmerized the country for months, Simpson was acquitted of the murder charges in October 1995. (Simpson now is serving a prison sentence in Nevada after being convicted in 2008 on unrelated charges of stealing sports memorabilia from a Las Vegas hotel room.)

But while media coverage often made domestic violence an adjunct of the Simpson trial, 1994 also was the year in which Congress took action to address the problem in a substantive way when it passed the Violence Against Women Act. The act, which was drafted by the office of then-Sen. Joseph R. Biden Jr., D-Del., with support from a number of advocacy groups, has become the centerpiece of the federal government's commitment to combating domestic violence, dating violence, sexual assault, stalking and other violent crimes against intimate partners. When Congress reauthorized VAWA in 2013, it expanded the scope of its protections to American Indians, campus victims, and victims who are lesbian, gay, bisexual or transgender.

And 1994 was the year in which ABA President-elect Roberta Cooper Ramo made domestic violence a high priority for the association and the legal profession. Ramo, who became the first woman to serve as ABA president in 1995, says her interest in the issue was triggered when her husband, Barry Ramo, a physician and medical affairs reporter, wrote an article describing new guidelines doctors could use to detect and discuss domestic violence with patients.

"What I realized after my husband's investigation is that, really, lawyers had not mobilized in the way physicians had to deal with domestic violence," says Ramo, a shareholder at Modrall Sperling in Albuquerque, New Mexico.

In one of her key initiatives, Ramo created the Commission on Domestic and Sexual Violence, which came into existence in 1994. Its early efforts centered on developing an interdisciplinary approach to dealing with the issue, helping lawyers to recognize domestic violence and producing materials to help children cope with the fallout of domestic violence.

A Disney Co. executive who was an early commission member helped it produce a video aimed at children who witness or suffer domestic violence, and who often believe it's their fault. Starring Ben Savage of the sitcom Boy Meets World, the video sought to correct this belief and teach children how to stay safe. It was distributed to shelters, police and prosecutors' offices.

"I could not be more proud of anything I've ever been associated with," said Ramo at a news conference in August 1996, describing the group's first two years in existence.

Twenty years later, the commission is celebrating the dual anniversaries of its own creation and of passage of the Violence Against Women Act with a year of programs aimed at getting attorneys of all backgrounds engaged in addressing domestic and sexual violence. The overall theme for the events is "20/20 Vision: CDSV & VAWA 1994-2014." (See "Justice and Healing.")

Rob Valente, the commission's first staff director, says a big part of its early work was convincing Americans that domestic violence was not just a private family matter, but a crime. "Back when VAWA was passing, we almost didn't have language for a lot of what was going on," says Valente, now a policy consultant to the National Domestic Violence Hotline and the National Council of Juvenile and Family Court Judges.

The commission continues to serve as a resource for attorneys, and attorney training has become one of its primary missions. Law school alone doesn't train attorneys to handle domestic violence cases, says commission chair Angela C. Vigil. Moreover, she says, learning to represent victims is not just a matter of courtroom skills; it also involves managing and communicating with clients who are going through an extremely frightening experience.

"There's classes of lawyers around the country that will tell you that when somebody sat down and really taught them how to handle one of these really challenging cases, it was through the trainings that this commission was able to put on," says Vigil, who is director of pro bono and community service in North America for Baker & McKenzie in Miami.

WAYS TO MAKE A DIFFERENCE

As part of its anniversary commemoration, the commission is sponsoring CLE webinars on standards of practice for representing domestic and sexual violence victims. And CLE participants who want to apply their knowledge may join the commission's pro bono database, which connects them to local domestic violence organizations that will provide further training and match them with clients.

For a slightly different kind of pro bono work, attorneys may join the commission's subpoena defense project, which defends advocates for domestic violence victims from subpoenas that threaten to violate their confidentiality. Because advocates generally come from cash-strapped nonprofits, they have a limited ability to defend themselves.

Policy is another major effort for the commission. VAWA has continued to be an important focus of that work. Valente says the commission has submitted recommendations to the ABA's policymaking House of Delegates on a regular basis in support of reauthorization of the act. Leaders of the ABA and other bar associations relied on one of those policies when they pushed for VAWA reauthorization during the 2012 ABA Day in Washington lobbying effort on Capitol Hill. Sen. Patrick J. Leahy, D-Vt., credited those efforts with building bipartisan support for the reauthorization that finally passed in 2013.

The commission develops policy for consideration by the House of Delegates on other aspects of domestic violence and abuse as well. In August, for instance, the House adopted a commission recommendation (PDF) that condemns forced marriages and child marriages "as a fundamental human rights violation."

During its sessions at this year's annual meeting in Boston, the House also approved the commission's recommendation that the ABA adopt the Model Workplace Policy on Employer Responses to Domestic Violence, Sexual Violence, Dating Violence and Stalking. The policy (PDF), drafted by the commission, encourages law firms, law schools, government and private employers to enact formal policies to address these issues. Such policies are more than just a gesture, says Vigil, who notes that domestic violence costs employers an estimated $13 billion a year in lost productivity.

To cap off the "20/20 Vision" year, the commission is planning to hold an awards ceremony during the 2015 ABA Annual Meeting in Chicago to honor 20 people who have made a difference in domestic violence advocacy since 1994.

Twenty years after the Simpson case grabbed the public's attention, domestic violence continues to haunt American society. In one of its reports to the House of Delegates this summer, the commission cited estimates by the U.S. Department of Justice that some 2.8 million people are victimized by intimate partners every year.

Like the Simpson case, one of the most notorious recent incidents in the news also involves a football player, Baltimore Ravens running back Ray Rice, charged with assaulting his fiancée (now wife), Janay Palmer Rice, in February.

In September, a video was released showing him punching her unconscious and dragging her limp body out of an elevator. The video prompted a public outcry—especially when the NFL initially indicated it would suspend Rice for only two games. The Ravens terminated his contract, and the league has suspended him indefinitely. Several other NFL players have been implicated in domestic violence cases as well, although the problem in the athletic world is not restricted to football players.

Nevertheless, Valente says, the response to the Rice case and other publicized incidents indicates a positive change in public attitudes about domestic violence. "While the Simpson case did raise people's consciousness about domestic violence to a certain extent, I think it also showed us how little the American public and culture knew about that," she says. "And when I see how people have reacted to the Ray Rice video, I see that we have made a lot of strides."

This article originally appeared in the December 2014 issue of the ABA Journal with this headline: "Unfinished Business: ABA commission marks 20 years on the front line of the fight against domestic and sexual violence."

Previous:
Court to weigh whether employers must accommodate pregnant workers with the same limits as others