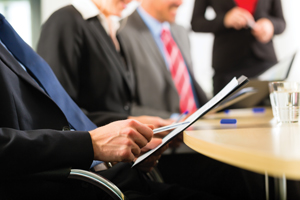 Formal Opinion 467 urges creation of a “culture of compliance” by emphasizing ethical values and imperatives during the hiring process. Shutterstock.com

Prosecutors have special duties under the ABA Model Rules of Professional Conduct. They must not prosecute a charge they know is not supported by probable cause. They must make reasonable efforts to assure that the accused has been advised of his or her right to representation, and of how to seek out counsel. They must make timely disclosure to the defense of exculpatory and mitigating evidence. Citing the U.S. Supreme Court's 1935 opinion in Berger v. United States, the ABA Standing Committee on Ethics and Professional Responsibility emphasizes in its latest formal opinion that the prosecution's primary interest "is not that it shall win a case, but that justice shall be done."

Most prosecutors "know and follow the rules of professional conduct," states the ethics committee in Formal Opinion 467 (PDF), issued Sept. 8. "But there are prosecutors who do violate the rules, and for all prosecutors there are special challenges and obligations." In recent years, the committee states, "court opinions and other authorities have drawn attention to prosecutorial misconduct—notwithstanding the many excellent prosecutors who scrupulously follow or exceed the mandates of the [Model Rules]. These reports, opinions and authorities suggest a need for more guidance." The opinion focuses on the special challenges facing prosecutors with managerial and supervisory responsibilities, and how they can be met.

The opinion points out that Model Rules 5.1 (Responsibilities of Partners, Managers and Supervisory Lawyers) and 5.3 (Responsibilities Regarding Nonlawyer Assistance) apply to prosecutors with managerial or supervisory responsibilities (a conclusion the ethics committee also reached in Formal Opinion 09-454, issued in 2009). Accordingly, managing attorneys must adopt reasonable policies and procedures to ensure that all lawyers and nonlawyers in their offices comply with the rules, states Opinion 467. Prosecutors with direct supervisory authority over other attorneys and nonlawyers must make reasonable efforts to ensure that those they supervise abide by the rules. And prosecutors with both managerial and supervisory authority may, depending on the circumstances, be required to carry out both responsibilities.

The opinion cites several sources for examples of the types of measures that might be adopted by managers or supervisors, including the ABA Criminal Justice Standards, National Prosecution Standards of the National District Attorneys Association, compliance programs implemented by law firms and corporate legal departments, and substantial literature on prosecutorial conduct.

Then the committee offers a few recommendations of its own. 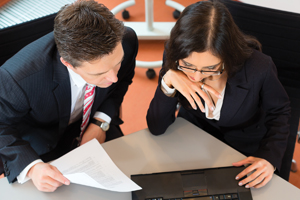 The ABA standards, for instance, recommend that supervising prosecutors train incoming lawyers regardless of their previous experience, and the committee recommends that such training include obligations imposed by the professional conduct rules that apply in the jurisdiction. (The ABA Model Rules are the basis for binding rules of professional conduct in every state, although California's rules use a different format.)

Other effective measures would require supervising prosecutors to keep informed of all developments in pending cases and to participate in all major decisions; establish a system of individual oversight of line prosecutors; and pair new prosecutors with more experienced lawyers in the office.

The opinion urges managers and supervisors to help create a "culture of compliance" by, among other things, emphasizing ethical values and imperatives during the hiring process, providing incentives for ethical behavior, and protecting and rewarding lawyers who fulfill their up-the-ladder duties to report possible conduct violations. The opinion also says managers and supervisors should promote initiatives that make compliance with ethical obligations less demanding; publicize ethical compliance reforms and internal policies; and adopt appropriate disciplinary procedures.

Disciplinary procedures might include targeted remedial education, increased scrutiny of prosecutors who have engaged in misconduct or whose conduct has been criticized by a court, demotion or dismissal, and, when warranted, referral of a matter to an outside disciplinary authority.

This article originally appeared in the November 2014 issue of the ABA Journal with this headline: "Special Duties: ABA opinion offers guidance on ethics compliance to managers and supervisors in prosecutors' offices."

Next:
Opponents of requiring accrual method of accounting for law firms gain support