Alabamans ready yet another effort to reform the state's supersized constitution 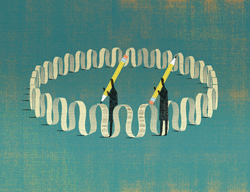 With 890 amendments, Alabama has, by most accounts, the world’s longest constitution. But that isn’t necessarily a source of state pride. The length comes from a requirement that local governments get a constitutional amendment passed through the state legislature and then approved by the people for basic governance.


“County commissioners can’t [pass] ordinances on the public health, safety, zoning or even simple taxes and fees,” says Birmingham lawyer Lenora Pate, chair of Alabama Citizens for Constitutional Reform. “We have amendments to our constitution that require increases in simple fees.”

This might seem cumbersome, but Pate says it was intentional. When the constitution was written in 1901, its writers said they wanted to establish “white supremacy by law.” They wrote several expressly racist provisions, which remain even though they’ve been mooted. And to avoid empowering African-Americans who could have been elected in majority-black counties, the writers vested all power in the state legislature.

Centralizing power also made life easier for the era’s big businesses, says Craig Baab, director of Alabama Appleseed’s constitutional reform project. Baab says modern lawmakers like the system because it creates opportunities “to do the standard business of the legislature, which is swapping favors.”

Other reform efforts have also largely failed. Voters have twice rejected constitutional amendments that would have removed some racist language. The Alabama Supreme Court tossed out a 2009 lawsuit alleging that the constitution was approved by voter fraud. And a 2011 Alabama Constitutional Revision Commission was dissolved in 2013 without passing anything controversial.

This year, as the Alabama legislature opens its 2015-2018 legislative session, the citizens’ group is trying a new tactic: passing an amendment that would allow the 2019 legislature, rather than the people, to write the new constitution. Voters would have to approve giving this power to the legislature, then choose the legislators who would exercise it.

“We’re kind of in a catch-22. Nothing has worked in 14 years,” Pate says. “But we suspect that if [legislators] want the power, they may try this approach.”

This article originally appeared in the March 2015 issue of the ABA Journal with this headline: “Supersized: Alabamans are readying yet another effort to reform the state’s famously long constitution.”