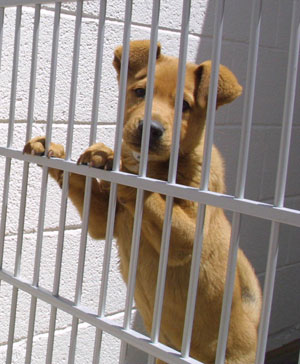 Once consumers and their elected officials learn about puppy mills, “they want nothing to do with them,” says Melanie Kahn of the Humane Society of the United States.

How much is that doggy in the window?

Thanks to a growing number of laws passed by municipalities across the United States banning pet stores from selling animals from commercial breeders, the more appropriate question for consumers hoping to add to their families might be "What's the adoption fee for that doggy from the shelter?"

In an effort to crack down on puppy mills, 88 localities throughout the country have thus far banned the sale of dogs, cats, and sometimes rabbits and other small animals produced in breeding facilities, according to Melanie Kahn, senior director of the puppy mills campaign at the Humane Society of the United States. Those localities range in size from very small towns to larger municipalities, including Los Angeles, Miami Beach and Cook County in Illinois (which includes Chicago). A proposed ban in Phoenix recently received a lot of attention after it was challenged by a pet store owner but subsequently upheld, Kahn says.

“Phoenix was the first city to have a pet store challenge a ban based on its merits,” explains Kahn, who adds that a similar challenge was brought up in San Diego but eventually dropped. A federal judge upheld the 2013 Phoenix law in July after it was challenged by Frank Mineo, the owner of a local pet shop called Puppies ‘n Love. Mineo sued the city, claiming the ordinance was unconstitutional interference with interstate commerce.

In August, Mineo and his attorney, Bob Schaffer, told a Phoenix television station that they plan to appeal the decision. “Although the Phoenix pet store law purports to target inhumane puppy mills, it indiscriminately harms all out-of-state breeders,” Schaffer said.

Kahn says the Phoenix case was seen as ground zero for the battle between the animal welfare movement and the pet store industry. “The passage of these types of ordinances is definitely a trend. We expect more localities to follow suit. Some were waiting to see how this case turned out,” she says, noting that a similar law in New York City went into effect in November. And a similar ban in Salt Lake City was recently passed. “Consumers, and in turn their elected officials, are becoming more educated on the issue of puppy mills. Once they learn about them, they want nothing to do with them.”

Some of the local laws still allow for sales from small-scale breeders, as well as having pets from local animal shelters in stores for adoption. “The way many of the ordinances have been written, pet stores can convert to what’s known as a ‘humane business model’ that allows them to work with shelters and responsible breeders,” Kahn explains. The Humane Society has had a pet store conversion program for two years that helps ensure animals are available in stores for pet shops that want them, and more than 4,500 animals have been adopted as a result, she adds.

As for pet store owners concerned about loss of revenue, Kahn says goodwill and positive public relations generated in the community are what will ultimately translate to better business. “This is where the future is going,” she says.