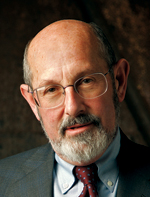 The ABA and other advocates for im­proving legal services delivery to low-income people breathed a collective sigh of relief in November when the Federal Deposit Insur­ance Corp. issued its final rules for a program intended to bolster the banking industry during the current financial crisis.

But perhaps the legal community also was trying to get its wind back after conducting a frantic lobbying effort to make sure the final version of the rules for the FDIC program included interest on lawyer trust accounts.

The efforts by the ABA, state bar associations, other legal organizations and individual lawyers paid off. On Nov. 21, the FDIC announced final rules for its Temp­orary Liquidity Guarantee Program, which provides deposit insurance coverage to noninterest-bearing transaction accounts above the previous limit of $250,000 per account. The final rules extend that coverage to IOLTAs.

“The FDIC’s decision to include IOLTA in the TLGP is a really big deal,” says Jonathan D. Asher, executive director of Colorado Legal Ser­vices in Denver and chair of the ABA Commission on IOLTA. “And it’s also an example of the ABA responding quickly and really professionally from the staff to the highest levels of the organization to a situation that called for it. I’ve been an ABA member for 37 years and have never been more proud of the way they rallied during the month for access to justice.”

POWER OF THE PEN

The legal community had only a month to mobilize support for including IOLTAs in the Temporary Liquidity Guarantee Program after the FDIC issued interim rules in October that excluded them. The ABA and other IOLTA proponents initiated a letter-writing campaign while also garnering support in Congress.

In a report published in the Federal Register on Nov. 26, the FDIC said at least 500 of the more than 700 comments it received on the interim rules were objections to excluding IOLTAs.

“Attorneys are fiduciaries and must give the client funds in their care appropriate protection,” wrote Wells, a partner at Maynard Cooper & Gale in Birm­ingham, Ala. “Those holding significant client funds for a short time are in a quandary wheth­er to continue to use their IOLTA or to place their client funds in a noninterest-bearing deposit transaction account to qualify for the new unlimited insurance. Alternatively, lawyers will consider whether to move their IOLTA from their current financial institution to one they perceive as among those that are most financially stable or to a foreign bank that offers unlimited account insurance.”

“This was a bipartisan effort by members of Congress, state government officials, the IOLTA community, community banks, consumer groups, bar associations and foundations, law firms and individual lawyers nationwide,” Wells says. “The result will enable IOLTA programs to continue to make a real difference in the lives of low-income Americans.”

The Temporary Liquidity Guar­antee Program will only be in effect, however, through the end of 2009. At that point, unless it is extended, previous rules governing IOLTAs and other noninterest-bearing accounts—including the $250,000 cap for insured funds—will go back into effect.

If another battle ensues to extend the program at least into 2010, an important lesson will be worth remembering. “How quickly this issue came up and how quickly it was resolved,” Wells says, “show how important it is for lawyers to build and maintain relationships with their elected officials.”