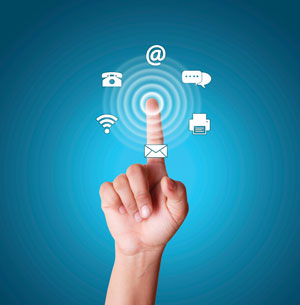 Though the Internet is several decades old, fundamental regulatory questions are still being sorted out. For example, in the absence of a will, who—by default—should receive access to a deceased’s email and social media accounts, cloud storage and online photos and medical records?

Since the state adopted the Fiduciary Access to Digital Assets Act, which is model legislation drafted by the Uniform Law Commission that suggests online accounts are akin to traditional assets like paper files, executors in Delaware can now access online accounts without a court order unless the deceased instructed otherwise. Other states are considering similar steps. Some, including Connecticut and Rhode Island, already permit access to email accounts.

“State legislatures are persuaded toward the ULC model by grieving loved ones who want things like the deceased’s pictures,” explains Alethea Lange, a policy analyst at the Center for Democracy & Technology. “But because of their sheer volume and searchability, digital assets are distinct from other possessions. Casual conversations that used to happen on the phone or in person are now written down in email.” As a result, sensitive or confidential communications sent by, say, an Alcoholics Anonymous sponsor or member of the clergy, can be unwittingly exposed to heirs.

Privacy advocates at Lange’s organization, along with the Internet trade association Net Choice, argue that broad laws like Delaware’s prioritize convenience for executors at the expense of privacy of the deceased and third parties.

“My instinct is there’s no good way to manage that,” says Deven Desai, a law and ethics professor at the Georgia Institute of Technology. Despite the privacy concerns, Delaware’s approach to digital assets “makes some sense,” says Desai, who notes that traditional letters could similarly contain confidential information. “Most of our lives are no longer on paper or in printed pictures—it’s all online. I lean toward the idea that it should go to the family.”

In the absence of definitive policies, Lange recommends avoiding unintentional exposure of private information after death by using legacy tools provided by online platforms. Google, for instance, has a detailed inactive-account manager. She also suggests providing intended heirs a password list (but don’t put it in a will, which is a matter of public record). Desai cautions, though, that accessing accounts with a deceased’s password—even by permission—may violate some online terms of service.

These conflicts illustrate that “it’s high time for state legislation” on digital succession, Lange says. “This is a fundamental—not a fringe—issue. Fifty years from now, we’ll have more powerful tools. We need to think about this. It’ll shape what happens next and define what digital life means to us.”

This article originally appeared in the July 2015 issue of the ABA Journal with this headline: “Online Heirs: Delaware leads the way in adopting legislation on executors’ digital access.”