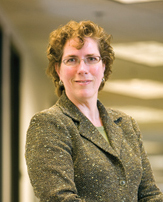 The Financial Accounting Standards Board probably expected some flak when it announced in June its intent to broaden required disclosures on the potential costs of corporate litigation.

What the board got, however, was a fusillade.

Unprecedented backlash has been growing since the FASB, the private nonprofit group that develops generally accepted accounting principles, released an “exposure draft” with suggested changes to regulations that dictate how much information publicly traded companies must provide in their periodic financial statements.

Under current rules, a company must disclose an estimate for the potential cost of a pending lawsuit when it appears likely the matter will result in a loss and that loss can be reasonably predicted. The new rules would require a com­pany to provide its best forecast of the maximum possible exposure to loss from litigation or the impact of mergers.

Attorneys—mainly corporate counsel—have voiced numerous ob­jections to the proposed changes. Broadly put, their reactions stem from the fact that lawsuits, by their very nature, are evolutionary and subject to change. This is because the process of discovery and a host of other unpredictable forces—including judges, juries and a generally adversarial U.S. legal system—bear on litigation as it moves from one stage to the next.

Putting early loss estimates in the public domain is largely meaningless, opponents contend, because the amounts are subject to substantial revision. Worse yet, the calculations could be misleading to shareholders and leave companies at greater risk for additional litigation, such as shareholder suits.

“The first thing you have to know about these proposals is, quite honestly, they’re a solution in pursuit of a problem,” says Susan Hackett, senior vice president and general counsel for the Association of Corporate Counsel in Washington, D.C. “We can’t find anybody who says these rules are broken and need to be fixed. There’s no evidence. What really happened is that a couple of people in the institutional investor commu­nity thought that more is better.”

Ever since the FASB requested public comments on the proposed changes to statements No. 5 and No. 141(R), letters have been pouring in from lawyers, ac­countants, corporations and their representative groups.

The re­sist­ance was so great that the account­ing board, which origi­nally planned to have the matter wrapped up by year-end, extended the deadline for compliance by a year—to mid-December 2009; meanwhile it plans to conduct roundtable discussions and field studies.

Despite repeated requests, the board declined to provide the ABA Journal with an interview on the proposed changes. But in an August letter written in response to a critical editorial in the Wall Street Journal, FASB Chairman Robert H. Herz wrote:

“The new disclosures are aimed at providing information earlier to existing and potential investors in order to give them a greater un­derstanding of the risk companies are facing. We believe that information would improve their ability to make informed investment decisions.”

But in his own letter, accom­panied by a 16-page summary of objections, lawyer William H. Neukom of Seattle, then-president of the American Bar Asso­ciation, characterized the broad-based skepticism of many critics.

“We are particularly concerned with its requirements to provide current quantitative disclosures of estimates of possible losses and qualitative disclosures about the likely future course of events in pending claims without regard to whether a reasonable basis exists for making such estimates or predictions,” Neukom wrote, stressing what he and others believe would be the random nature of such information.

Adds R. William Ide III of Atlanta, a former ABA president and chair of the organization’s Task Force on Attorney-Client Privilege: “It would be a mess, an absolute mess. The inside lawyers would have to be consulting more with litigation counsel. And there would be all kinds of wordsmithing to try to comply, but not really comply. It would lead to a lot more lawyer work, a lot more volume on disclosure and, I’m afraid, more litigation for companies later on—not a pretty picture.”

The FASB has said the proposed changes arose from pressure by shareholder-rights groups, which argue that the current regulations offer insufficient transparency. Without more qualitative information about a company’s potential financial exposure to ongoing lawsuits, stockholders and other interested parties could be in for some unwelcome surprises, the board says.

Indeed, the proposal comes at a time of extreme worry over issues of financial transparency and how they affect the public markets. Scrutiny over U.S. se­curities regulation has increased in recent months amid the fallout in housing and subprime lending, the resulting crisis in the U.S. credit markets, failure of major investment banks and subsequent government bailouts.

A push for more stringent securities regulation will likely come to the fore under the new Congress early in 2009. The Sarbanes-Oxley Act—a 2002 measure that required increased transparency and fiscal responsibility on the part of corporate boards, management and their accounting firms—was enacted in response to accounting scandals at Enron, Tyco and WorldCom.

Beyond general concern about the arbitrary nature of early disclosure, many attorneys claim the new regulations would put corporate defendants at an unfair disadvantage, forcing them to tip their hand about maximum reserves set aside for a specific case. Such disclosure would make it difficult for the company to settle for anything less than that maximum disclosed amount and thereby erode the negotiation process.

That concern was highlighted by Hackett’s group, the ACC, in a top-10 list of objections published on its website. Among other complaints, the organization cited unprecedented waivers of a company’s attorney-client and work product privileges, the potential harm of open litigation to investors, and the unduly cumbersome nature of more frequent financial disclosures.

“The proposal rules will require more sensitive and speculative information about possible litigation much earlier in the process,” says Laura Stein, general counsel for the Clorox Corp. in Oakland, Calif., and ACC chair; Stein co-authored a letter in August on behalf of the ACC to the board. The letter includes signatures from top attorneys at more than 80 major U.S. corpo­rations, including Caterpillar, Cisco Systems, Google, Xerox and Ford.

“As a case unfolds, as the discovery unfolds, you learn more over time about the facts and you make the best assessment that you can,” Stein says.

Federal lawmakers, too, have gotten into the act. In October, Rep. Spencer Bachus, R-Ala., ranking mem­ber of the House Committee on Financial Services, sent a letter to U.S. Securities and Exchange Com­mission Chairman Christopher Cox. Bachus’ objections included worry that excessive litigation in the United States, specifically private securities class-action suits, has made the U.S. markets less attractive for foreign companies considering listing their shares in the United States.

“Because I believe that the potential harm to the competitiveness of U.S. firms and to our economy as a whole far outweighs any benefits from these proposed changes, I am writing to urge the commission to conduct a thorough review of the FASB proposal before it is allowed to go into effect,” Bachus wrote.