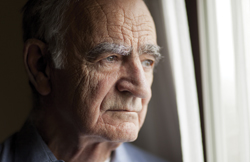 Responding to a push by the ABA and elder rights advocates for a greater commitment from the federal government to address the growing problem of elder abuse, neglect and exploitation, Congress has approved $4 million in new funding this year for the Elder Justice Initiative.

The funding was included in the omnibus appropriations legislation enacted by Congress in December for fiscal year 2015, which started Oct. 1, 2014. The funding is designated for grants that will allow states to test and evaluate innovative approaches to preventing and responding to elder abuse. These efforts would help strengthen adult protective services programs, which are the principal state and local agencies responsible for receiving and responding to reports of abuse, neglect and exploitation of vulnerable adults. The omnibus legislation also continued a funding level of $1.7 billion for the Social Services Block Grant, the only source of federal funding for APS programs.

Elder abuse has become a serious public policy concern. Recent studies indicate that one out of every 10 people over age 60 is a victim of abuse, and victims of elder financial abuse lose almost $3 billion each year in personal assets. Moreover, the instances of elder abuse appear to be grossly underreported, with only about one of every 23 cases being brought to the attention of appropriate protective services agencies.

In addition to inflicting physical, psychological and economic harm on older adults, studies suggest that abuse imposes an economic burden on all Americans when these victims rely on federal programs, enter nursing homes earlier or live in poverty.

Historically, very few federal resources have been available to fight elder abuse. The Elder Justice Initiative was established under the Elder Justice Act, enacted in 2010 as part of the Patient Protection and Affordable Care Act. The EJA, which passed with bipartisan support, was the first comprehensive national legislation that included provisions to create an infrastructure and essential resources necessary to develop and implement a nationally coordinated strategy in collaboration with the states to combat elder abuse, but it received no direct appropriations during its first four years.

Recognizing the need to address elder abuse issues, the Obama administration requested $25 million for the Elder Justice Initiative for fiscal year 2015, and a Senate Appropriations subcommittee approved $10 million for the program.

In correspondence, ABA Governmental Affairs Director Thomas M. Susman urged members of the House and Senate appropriations committees to support that level of funding to get the program off the ground. “Providing federal funding to better understand, treat and combat elder abuse is an investment in the health, dignity and economic future of our nation,” Susman wrote, noting that the problem is not defined by socio-economic, racial or ethnic status.

Meanwhile, the ABA Commission on Law and Aging will continue to work with other interested groups and members of Congress to further expand efforts to address the growing crisis of elder abuse. The commission recently produced Legal Issues Related to Elder Abuse: A Pocket Guide for Law Enforcement. The guide sets forth actions that lawyers and other professionals in the justice system should consider if they suspect that elder abuse has occurred.

Read the ABA’s letters to the House and Senate appropriations committees:

This article originally appeared in the February 2015 issue of the ABA Journal with this headline: “Show of Support: Financial commitment by Congress to address elder abuse issues is an encouraging step.”