Finding It Hard to Be a Loan 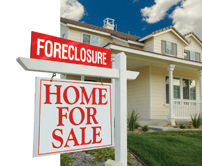 It may not be the most heralded footnote in American jurisprudence, but lawyers involved in the brisk mortgage-foreclosure practice likely paid attention.

In an Oct. 31 ruling dismissing 14 foreclosure actions, U.S. District Judge Christopher A. Boyko of the Northern District of Ohio spelled it out to attorneys rep­­resenting Option One Mortgage Corp., an Irvine, Calif., mortgage service com­pa­ny seeking the foreclosures on be­half of Deutsche Bank National Trust Co.:

He added: “The legal work which flows from winning the financial institution’s favor is highly lucrative. There is nothing improper or wrong with financial institutions or law firms making a profit—to the contrary, they should be rewarded for sound business and legal practices. However, unchallenged by underfinanced opponents, the institutions worry less about jurisdictional requirements and more about maximizing returns.”

The issue of jurisdiction is front and center in the litigation over mort­gage foreclosures, now thriving in the current housing bust and default crisis. But the boom in mortgage-backed securitization has so complicated the once simple process of paying back a loan that many lawyers are failing to show that their clients actually hold the mortgage notes on the properties they seek to foreclose.

As a result, federal courts are tossing out the suits and admonishing the plaintiffs for not having shown they are the parties in interest, leaving them short in proving diversity jurisdiction.

Nowhere is this more prevalent than in Ohio’s federal courts, which have been hit especially hard by the mortgage default crisis. That state, followed by Nevada and Florida, has the highest rate of foreclosure filings in the country, according to real estate research firm RealtyTrac.

The problem resides in the complexity of the mortgage-backed se- curity structure. Under the old time-­tested system, a lender—usually the local bank—lent money to the home­owner, who then paid back the bank.

But over the last decade, as housing prices shot through the roof and investors began to snatch properties on speculation, credit loosened and mortgage securitization flourished.

Now, many foreclosures aren’t being brought by the bank that made the original loan but on behalf of institutions like Deutsche Bank, Citi­bank and HSBC, which purchased loans after they had been packaged into collateralized securities and then transferred to trusts.

When the real estate market was booming, this type of transaction occurred at a frenzied pace—few wanted to restrain the bull market by making sure all the documents were in order.

Shortly after Boyko’s decision, a federal judge in Cleveland, Kathleen M. O’Malley, dismissed 32 foreclosure actions because those, too, were filed without sufficient paperwork to show the plaintiffs owned the mortgages. And Judge Thomas M. Rose of the U.S. District Court in Dayton ruled in November that the plaintiff hadn’t filed proof of ownership in 26 of 27 mortgage cases in front of him.

Boyko’s ruling was especially stern. Even when he gave Option One a deadline by which to file the proper paperwork, the company didn’t comply. A spokesperson for Option One says the company won’t comment on pending litigation.

“This court possesses the independent obligations to preserve the judicial integrity of the federal court and to jealously guard federal jurisdiction. Neither the fluidity of the secondary mortgage market, nor mon­etary or economic considerations of the parties, nor the convenience of the litigants supersede those obligations,” Boyko wrote.

The six-page opinion reverberated across the mortgage industry—a signal that at least some judges won’t be hurried, say experts.

“The opinion was intended to be a shot across the bow to the mortgage industry,” says Stephen G. Tom­lin­son of Chicago, chair of the ABA’s Real Estate Investment Funds Committee of the Real Property, Trust and Estate Law Section. “Get your paperwork in order before you show up, or be prepared to suffer the consequences.”

WHO OWNS THE LOANS?

By the end of 2006, an estimated $6.75 trillion in securitized mortgage debt was outstanding. University of Iowa law professor Katherine M. Porter recently looked at 1,733 bankruptcy filings and found that in 40 percent of them, creditors hadn’t shown they actually owned the filers’ mortgages.

Indeed, FDIC Chair Sheila C. Bair had to explain the process last April to a House of Representatives committee investigating the default crisis:

“Securitization takes the role of the lender and breaks it into separate components,” Bair told the panel. “Unlike the more traditional relationship between a borrower and a lender, securitization involves the sale of the loan by the lender to a new owner—the issuer—who then sells securities to investors.”

Those investors, Bair continued, are buying “bonds” that entitle them to a share of the cash paid by the borrowers on their mortgages. Another party—the trustee—represents the interests of the investor. And yet another party—a servicer like Option One—collects the payments, distributes them to the issuer and pursues delinquencies when necessary.

“With so many parties and com­ponents involved, securitizations are significantly more complicated than the traditional borrower/lender relationship,” Bair said.

What’s more, with the rise in the secondary markets for mortgage securities, it’s become harder for the owners to find the papers. The University of Iowa’s Porter says she has heard of the same mortgage ending up in more than one pool.

“Such decisions are made ex­clusively by the servicing companies, according to contracts for the different securitization trusts. In addition,” Gallagher says, “the determination of whether or not to pay foreclosure-related costs such as property upkeep and property tax payments are also the exclusive responsibility of the servicing companies, not the trust company.”

“It is recognized that the plaintiff in a foreclosure action does have to be the holder of a mortgage,” he says. “If the court says, ‘Demonstrate to me who holds the mortgage,’ and the foreclosing plaintiff does not come forward with the required information that the court has specifically asked for, it’s not surprising that the court dismissed the case,” he says.

While most lawyers think it ultimately will be possible to prove ownership of the vast majority of the mortgages, reconstructing the trail of transfers could take months.

Meantime, with homeowners struggling to make payments, often because of interest rate increases on adjustable mortgages, some judges view themselves as the last line of de­fense against overreaching by banks.

Porter predicts that in some cases, service companies will be more inclined to negotiate with struggling homeowners rather than rush to foreclose, at least in the states that require foreclosures be handled in court. About half of the states allow for nonjudicial foreclosures, where mortgage holders sell a house of a defaulting homeowner without going to court, often by filing a public notice and mailing copies to interested parties.

But if judges in states requiring judicial foreclosures agree with Boyko’s logic, the ruling could give some enough breathing room to be able to come up with the money to cure a default, Tomlinson says. “What this case does is stop that clock from running until they get their paperwork in order.”

In other words, as Boyko riffed in his footnote: “The court will illustrate in simple terms its decision: ‘Fluid­ity of the market—X dollars, purchasing mortgages in bulk and securitizing—X dollars, … the jurisdictional integrity of United States District Court—priceless.’ ”