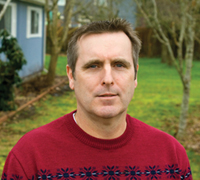 As a pastor,Tim Tubra had a pretty good idea of what First Amendment religious freedom meant for him. “I could share the gospel with anybody at any time in any place,” Tubra says. “And everybody has the right, I think, to be heard.”

He knows more now. Today he says his former church’s exercise of its own religious freedom has ruined his reputation and left him nearly destitute. A jury agreed and awarded Tubra $355,000 in damages after it found officials falsely accused him of stealing from the International Church of the Foursquare Gospel in Vernonia, Ore.

The judge differed with the jurors, though, and threw out the award. Following overwhelming precedent, he ruled that the First Amendment deprived the court of jurisdiction over the church and Tubra’s defamation claim against it. But in possibly the first ruling of its kind, the Oregon Court of Appeals bucked the prevailing authority and reinstated the judgment last winter.

The two sides may meet next in the Oregon Supreme Court, or possibly in the U.S. Supreme Court, should the Oregon court turn them away. In asking the state high court to hear Tubra v. Cooke, the church maintains that employment decisions involving pastors lie at the core of its religious mission and enjoy an absolute immunity from suit under the First Amendment.

“We believe the [court of appeals] puts Oregon in the extreme,” says Foursquare lawyer John Kaempf, a principal at Brooksby Kaempf in Portland.

It’s also a case that could break out of the relatively narrow confines of a clergyman’s employment agreement and spread to other areas of the internal affairs of churches and other religious organizations. Courts are split, for example, on whether the First Amendment shields churches in the hiring and firing of teachers or other staffers at religious schools that include instruction in ecclesiastical matters in their curricula.

Courts historically have taken a hands-off approach when asked to delve into areas that could force them to pass judgment on an organization’s doctrine and customs. While fact finders can consider whether someone holds a religious belief, and whether the belief is sincere, the First Amendment’s free-exercise clause forbids them from examining a belief’s legitimacy.

The U.S. Supreme Court “has not taken a case like this for 30 years,” says Mark Chopko, a Washington, D.C., litigator and part-time law professor at Georgetown University. “Once you cross the church-state line, you can’t go back. You have damaged their ministry. You can’t unring that bell,” says Chopko, who advises nonprofit and religious organizations as a partner at Stradley Ronon Stevens & Young.

Church lawyers say Tubra’s case puts judges and jurors in exactly the same untenable—and unconstitutional—position of issuing religious value judgments that civil courts are supposed to avoid. Any slack for Tubra would enmesh the government too deeply in church affairs, they say. And that’s what makes the appeals decision so scary, Kaempf says.

“We submit this could produce a big chilling effect and invite government scrutiny that churches have never seen before,” Kaempf says.

A letter Tubra says defamed him does open with: “Greetings in the powerful and unchanging name of Jesus Christ.” Observers say even a casual connection between the organization’s religious practices and the accusation against Tubra may have offered the church a sufficient zone of protection. But Tubra’s lawyers say they see no religious link to the church’s beliefs and the way it treated its employee.

“If that were the case, we never would have taken it,” says plaintiffs lawyer Matt Malmsheimer, who is with Haglund Kelley Horngren Jones & Wilder in Portland.

Right now, however, that may not be the first thing on the former pastor’s mind. “We’re down to our last dime,” Tubra says from his home in Albany, Ore. “Starting next month, I’m probably going into foreclosure on my house.”

The problems began in late 2003, when Tubra accepted a job as interim pastor for the Vernonia church in a rural area just northwest of Portland after hard economic times forced his layoff from another Foursquare church in Columbia City. An evangelical denomination, the Los Angeles-based International Church of the Foursquare Gospel claims nearly 8.5 million members in 59,620 churches worldwide.

Because the job only paid $1,500 a month, regional church officials John Michael Cooke and Ron Swor, later named as defendants, offered Tubra a $3,300 “subsidy” and health insurance coverage for up to six months. Tubra withdrew $3,000 of the money in April 2004 with a check issued by the church council. In late summer, after the church found a permanent pastor, Cooke and Swor confronted Tubra about the April transaction, accused him of misappropriating the money and then fired him.

If it had ended there, Tubra probably would have been out of luck. But in the meanwhile, Cooke and Swor wrote a letter explaining Tubra’s departure, which Swor read aloud to the congregation.

“It is now evident that there has been, to some extent, a financial misappropriation by former pastor Tim Tubra,” the letter read. Tubra says he only learned of the letter after a church member asked him about it in the grocery store.

“They mentioned the accusation, and I said, ‘What are you talking about?’ ” Tubra recalls. “I hadn’t heard anything about it.”

Tubra also says he was defamed by an e-mail from Cooke to a church secretary in response to a request for a letter sent to the congregation about his employment.

“Tim may just be wanting to stir up trouble,” the message read. “He has already demonstrated a willingness to lie and steal, and to purposely sow discord among the division. My feeling would be hesitant to give him any ammunition.”

The trial judge initially let the case go ahead, determining that it boiled down to an employment dispute and didn’t touch the forbidden areas of doctrine protected by the free-exercise clause. After the evidence was in and jurors had gone home, the judge reversed himself and issued a judgment notwithstanding the verdict. That judgment came when the defendants successfully argued the First Amendment deprived the court of jurisdiction.

“It’s more than a defamation case,” says church lawyer Kaempf. “It goes right to the heart of their [religious] organization.”

The distinction baffled the appeals panel.

To be sure, the First Amendment doesn’t necessarily bar every civil cause of action against a religious institution, as long as courts can resolve the issues on other principles. And even if the questioned statements weren’t absolutely privileged, they still may enjoy partial immunity in an extremely narrow field of situations. Still, many courts say it’s impractical to separate religious and secular reasoning. The Oregon court rejected that proposition in Tubra’s case.

Instead, the court employed a three-part test it developed during a fraud case. The examination somewhat resembles the famous test the U.S. Supreme Court announced in 1971 to detect establishment cause violations in Lemon v. Kurtzman. In its free-exercise version, the Oregon court first asked whether the defendant organization is religious in nature; whether the challenged statements relate to the defendant’s religious beliefs or practices; and whether the statements were made for a secular purpose, regardless of the answers to the first two questions. Though the Oregon court conceded the query isn’t an easy one, the judges saw no problem applying it to the case before them.

“We see no reason why that test should not guide our analysis in this case as well—that is, in the context of a free-exercise defense to a claim for defamation made by a pastor against his church,” the court stated.

The Oregon judges also appeared to go out of their way to invite U.S. Supreme Court review, saying that the case was one of first impression in their state, and that they found no cases on point from the high court either. The federal constitutional question would enable the justices to take the case even if the Oregon Supreme Court turned it down.

“The [Oregon] court even acknowledged that they were pushing the envelope,” says Steven K. Green, director of the Center for Religion, Law and Democracy at Willamette University College of Law. In the short run, Green and other observers predict that the initial victory in Oregon will encourage others.

“I think it has the potential, certainly, of emboldening plaintiff lawyers—and surely clergy—to invite the courts to take another look,” Green says.

In the meantime, Tubra just wants to know who’s hiring. “I’m trying to figure out where to go at age 52.”