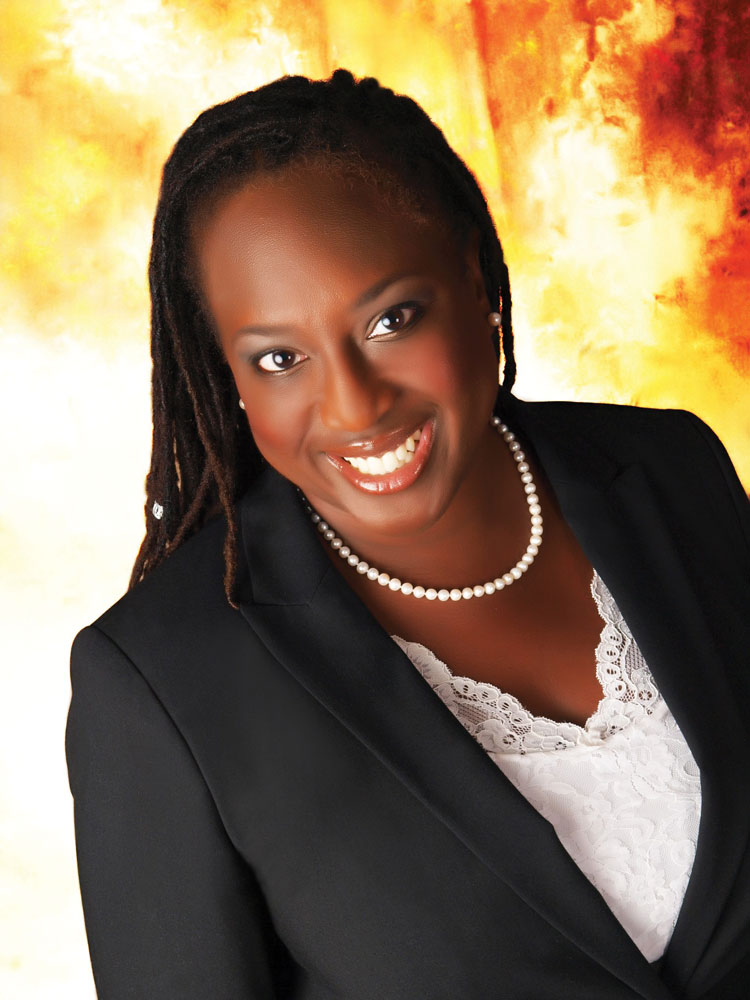 Melba Pearson approaches criminal justice issues with the eye of a prosecutor and the heart of a civil liberties activist. With one foot firmly planted in each camp, she enjoys the push and pull of working toward justice from many angles.

Pearson had been an assistant state attorney in Miami-Dade County for more than 15 years. So she was surprised to receive a job offer in 2016 from Howard Simon, executive director of the American Civil Liberties Union of Florida.

He was looking for a deputy director. She described herself as “the queen of black prosecutors.” It turns out that was what Simon wanted: a person who could speak out on criminal justice with authority. She took the job.

The change in careers has been fascinating, Pearson says.

In her ACLU work, Pearson focuses on women and minority communities, particularly in issues that involve criminal justice reform. The country’s crackdown on crime resulted in mass incarceration, which has created “a lost generation that you’re never going to recover,” she says.

The problem, as she sees it, is that America embraced imprisonment but stopped investing in rehabilitation.

As a prosecutor, Pearson used to advocate for requiring that a person earn a GED in prison or undergo drug treatment as part of sentencing. Unfortunately, those were the first things to go when the government made budget cuts, she says.

“We’ve gotten so far afield from that,” Pearson says. “You know, 83 percent of those sentenced to prison get out. How do you want them to come out?”

Through the ACLU, Pearson is advocating for an update of crime thresholds to reduce the number of people sentenced to prison.

For example, theft of an item with a value of at least $300 is considered a felony in Florida and carries a sentence of up to five years in prison. Pearson recommends a “cost of living increase” to $1,000 for a felony charge.

She also advocates for reform in her role as co-chair of the ABA Criminal Justice Section’s Prosecution Function Committee. The group provides input on resolutions being prepared for the ABA’s House of Delegates and develops CLE programming. In June, Pearson will present a CLE program at the association’s 2018 Paris Sessions on surveillance and terrorism, including how to balance public safety and privacy rights.

“I look at it through a very funky lens,” she says. “I know the importance of surveillance, but I’ve seen how there can be disparity in how it can be applied.”

Pearson points to the use of drones to prevent robberies in Miami-Dade County. She appreciates how they can detect perpetrators in an active robbery but says drone surveillance appears to be concentrated in minority communities.

“That’s not who we are as Americans,” she says. “Our Constitution values privacy and the individual.”

For Pearson, the ABA provides an opportunity to enrich her career through discussions that involve diverse opinions and interaction with people she admires. One of her modern-day heroes is a former chair of the Criminal Justice Section, Judge Bernice B. Donald of the 6th U.S. Circuit Court of Appeals at Cincinnati.

But Pearson wasn’t always involved on a national scale. Years ago, when she contemplated moving from her role as a prosecutor to that of judge, the feedback she received was that she had to be more involved in professional circles. She decided to join the National Black Prosecutors Association and eventually led the organization as its president from 2014 to 2016.

“Doors have opened for me when it was appropriate,” Pearson says.

She visited the Obama White House twice and attended the swearing-in of Loretta Lynch as attorney general of the United States. As president of the NBPA, Pearson presented the association’s Presidential Award of Excellence to Lynch in 2015.

“It’s a rare occasion to present something to your role model,” she says.

Pearson credits her family with helping her become the outspoken leader she is today. A native of New York state, she has lived in Miami for about 20 years.

“My parents raised me to care about civil rights issues and to be mindful of others’ struggles,” she says. “Mom was the ultimate strong woman—so respected in her field.”

Her mother, Merle Pearson, was a pharmacist and a matriarch figure to her work colleagues, Pearson says. When she died in 2012, friends and co-workers created a video tribute to her life.

“It made me think about what legacy I want to leave,” she says. “I want people to say that I fought tirelessly for justice, I helped everyone I could and, at the end of the day, I was a good person.”

As she starts her second year as deputy director of the ACLU of Florida, Pearson describes herself as “being on the front side of Mount Everest.” She says she has a lot of learning still ahead of her.

But it’s a journey of joy. Pearson counsels others to never stop learning, to seek out mentors along the way, and to remember to give back.

“Somebody helped you get where you are,” she says. “You didn’t get there on your own. Just remember that somebody needs your help to get to where they want to be.”

ABA Journal with the title “Changing Course on the Path to Justice: Former prosecutor advocates for criminal justice reform as deputy director of the ACLU of Florida.”