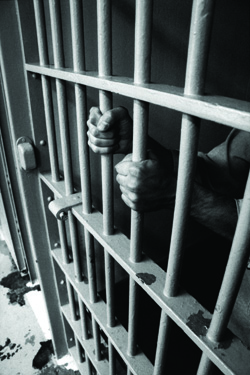 In 1980, federal prisons housed 24,000 people at an annual cost of $333 million. But the number of inmates in federal prison facilities now has ballooned more than 800 percent to 217,000, at a cost of $6 billion per year—the same amount the U.S. Bureau of Prisons has spent on building new detention facilities since 1999.

The Government Accountability Office reported in September that overcrowding at federal prisons is jeopardizing the safety and security of both inmates and staff at the same time that it is delaying prisoner access to education and drug treatment programs, along with work opportunities. Meanwhile, the cost of operating the federal prisons has increased from 15 percent to 24 percent of the Department of Justice’s total budget over the past 15 years, which makes it harder to find money for other critical criminal justice programs.

It’s time for Congress to consider new ways to bring spending on the federal corrections system under control, said Wm. T. (Bill) Robinson III, then the president of the ABA, in a written statement (PDF) submitted Aug. 1 to the Senate Judiciary Committee in conjunction with a hearing on the issue.

“Overcrowding plagues the federal system, operating at almost 40 percent over capacity, but we cannot build ourselves out of this crisis,” said Robinson, the member-in-charge of the Florence, Ky., office of Frost Brown Todd, whose ABA presidential term ended later in August. “Disproportionate investment in prison expansion has diminished attention to viable and fiscally sound alternatives to prison and weakened the concept that prison should be the sanction of last resort. It is critical that the crisis of the surging, unsustainable federal prison population be addressed, as it will increasingly engulf federal law enforcement resources.”

Nearly a quarter of incarcerated people around the world are in U.S. prisons, even though this country accounts for only about 5 percent of the world’s population, according to statistics produced by the International Centre for Prison Studies in London.

The incarceration of growing numbers of nonviolent drug offenders is the most significant factor in the federal prisoner boom, said Robinson in his statement. “The federal government wastes precious taxpayer dollars when it incarcerates nonviolent offenders whose actions would be better addressed through alternatives that will hold them equally accountable at a substantially lower cost to taxpayers. Being sentenced to prison is always one option, but there should be others.”

Robinson urged Congress to look to the states for examples of successful prison reforms that save money while safeguarding the public. Those new policies have helped produce the first overall decline in state prison populations since 1980.

Five years ago, for instance, the Texas legislature passed a bill requiring that anyone arrested for possessing less than a gram of illegal drugs be sentenced to probation instead of jail. The state’s incarceration rate fell, and in 2011 the state closed a prison for the first time in its history. Other states that have implemented prison sentencing reforms include Kentucky, Mississippi, Oklahoma and South Carolina.

The ABA is urging Congress to enact similar federal legislation that would increase the use of probation and expungement of convictions for low-level offenders, institute a review process to accelerate supervised release eligibility, expand time credits for good behavior, and restore proportionality to drug sentencing. One key step that could generate a cost savings of more than $200 million in the first year alone would be to make the Fair Sentencing Act of 2010, which changed sentences for possession of crack cocaine, retroactive. The U.S. Sentencing Commission estimates that as many as 24,000 people would be eligible to receive sentencing relief over a 30-year period.