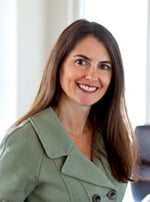 “Becom­ing partner has not been as smooth a landing as I’d have expect­ed,” says “Bill,” a Seattle at­torney, of becoming an equity partner in 2007.

Bill is not alone. Four newly minted partners from across the country (who asked not to be identified by name or firm) say that while they’re happy to have been offered a seat at the table, some changes that came with their entry to the partnership ranks surprised them. Their stories offer insights for associates who hope to step up the partnership ladder in the next several years.

Fresh-faced partners say they were thrilled and flattered when asked to join the partnership. “I was very excited, and I felt like I deserved it,” says “John,” who became a nonequity partner at a midsize Chi­cago firm in 2007.

What was missing was the data to make an informed decision on whether to accept the offer.

“It’s a really odd business propo­sition, but we all still want it,” says “Mike,” who earned nonequity partner status at a large Boston firm in 2007. “You don’t see the partnership agreement until after you’re a partner, and you really don’t know what you’ll be earning until the end of the fiscal year.”

A lack of formality is what struck Bill. “After seven years of suspense, the decision to offer me partnership was almost anticlimactic,” he says. “It was a casual discussion, and I just got a question from the managing partner asking if I was in or not.

“It was a leap of faith, and it was surprising and disheartening that there was very little process associated with such a serious decision.”

Though Bill’s firm isn’t among them, some firms have created a new-partner orientation.

Each year, Mayer Brown brings its new partners from throughout the world together for two days, according to John Sagan, a partner in the firm’s Chicago office. On the first day, partners learn how such things as conflict searches and billing are different for partners, and they’re provided information on how to reach equity partnership. The second day includes business development training provided by outside consultants.

Jones Day has a flexible partnership orientation program, says Tina Tabacchi, a partner in the firm’s Chicago office. “We try to keep current and address the needs of the day with our partners.”

This year, it was a half-day program that covered such topics as the role of partners, professional development and supervisory skills.

Mike’s firm also offers orientation. Two weeks after the partnership decision went into effect, he and other new partners met for a day-and-a-half orientation. But like Bill, Mike still found himself feeling his way through the new world of partnership.

“Before I became a partner, I didn’t know much about what being a partner meant, and I’m still not sure I know,” he says. “The new-partner orientation answered some of my questions, but it didn’t answer all of them.”

All the new partners were confounded by—and a few were disappointed in—their new compensation. For example, partners have no income tax withheld from their paychecks, requiring them to pay estimated taxes quarterly, and they have to cover the cost of their health insurance.

“I wish I’d have known that my in­come wouldn’t grow any more than it did, but nobody said anything,” says “Sue,” who became a nonequity partner at a midsize Boston firm in 2006. “I’d have had the same increase if I’d have remained an associate.”

Lack of information about compensation is also Mike’s biggest complaint. Like many firms, Mike’s firm pays partners a draw against income rather than a salary. The draw starts small and grows as the year progresses and the firm’s profits are realized.

“The firm could have done a better job of preparing my partner class as to how that actually works,” says Mike. “I knew I was going on a draw and I knew what the number was, but with the rise in associate salaries, the initial draw was less than I was making as an associate.”

The way Bill learned about his compensation was nerve-racking. “I met with the compensation committee and I was told I’d get a certain percentage of this year’s profits,” he says. “But I was unable to understand how that percentage translated into my take-home pay, so I couldn’t tell my wife whether I could pay the mortgage.”

Both Mayer Brown and Jones Day address new-partner compensation during orientation because the issue does generate considerable confusion.

“In 1991, when I made partner, things were much more mysterious and you were expected to pick up many things by osmosis,” says Sagan. “Now things are much more transparent, and we explain the financial side of being a partner in quite a bit of detail.”

Tabacchi, who explained compensation at Jones Day’s orientation in April, agrees that new-partner pay can be confusing.“It’s a very different compensation structure than people are used to,” she says.

During the orientation, she offered suggestions and resources to help new partners adjust to their changed compensation landscape.

Some new partners, even months into their partnership, are still learning additional information about their new roles. For instance, nine months into being a partner, John hadn’t yet learned all the details of his perk package.

“Recently our firm was redoing its expense policy,” he explains. “When I got it, I realized that the firm automatically pays for membership in airline clubs and that partners can expense parking. No one ever told me about those things.”

Bill’s firm pays for partners to park in the firm’s office building, but he didn’t realize that until a firm administrator mentioned it to him in passing—four months after he became partner. “I knew you got your own parking spot, but I thought it was one of the things I had to pay for,” he says. “I also have a monthly technology allow­ance, and I learned about that because one of the information technology guys told me.”

“Other than the title, there are very minimal differences,” says Sue. “As a partner, I get to see everyone’s time. But because I’m not an equity partner, I don’t have a vote in firm decisions.”

“I’m surprised by how little dime-a-dozen partners like myself have to do with running the firm,” says John. “We don’t get a lot of information, nor are we consulted on big decisions. Those are still made by the managing partner and the management committee. I tell associates that the big difference in being a partner is that I learn things about two hours before they do.”

If you’re hoping to join the partnership ranks in the next year, here are some things to do now:

• Learn what you can about what being a partner means at your firm.

• Find out whether your firm has an orientation for new partners.

• If it doesn’t have new-partner orientation, highlight your leadership skills by offering to create one.

• Start asking questions of current partners whom you trust.

“If you have good relationships with partners at the firm, use the resources you have,” advises Tabacchi.

Even if you ask all the right questions, don’t be discouraged if you still feel as though you don’t know everything you need to know to become a successful partner.

“It’s like taking a deposition. You can prepare, but you’re not sure what you’re actually going to do until you get there.”