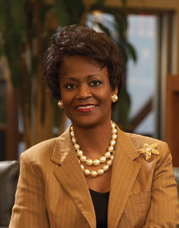 People who were there say it was the most memorable ABA reception they ever attended. It wasn’t so much the setting—the venerable Grosvenor House hotel in London—as it was the participants.

On one side of the room stood a group of American lawyers who had traveled to London as faculty members for the Darfur legal training program sponsored by the ABA Section of Litigation. On the other side of the room were nine lawyers from the troubled African nation of Sudan. They had traveled to London, despite opposition from their gov­ernment, to learn as much as they could in a week; the Americans offered instruction about litigation techniques and the operations of the International Criminal Court.

The two groups were colleagues in the same profession perhaps, but they were separated by language, geography and experience.

That first gathering on a Sunday evening “was a little awkward,” says Brad D. Brian of Los Angeles, a past chair of the Litiga­tion Section who was instrumental in putting the program together. “We didn’t know each other. It wasn’t an American cocktail party, so to speak.”

But when the group launched into the meat of the program the next morning, Brian says, “it became clear that everyone was committed to working together, and that broke down any barriers. I think that es­tablished a bond.”

Over the next several days—the program was held June 3-9—those bonds grew stronger as the two groups of lawyers began to rec­og­nize what they had in common at the same time that they came to better understand their differences.

“At the end, there were hugs and tears, reflecting the gap we had crossed,” says JoAnne A. Epps, as­sociate dean for academic affairs at Temple University’s law school. “It was one of the most wonderful things I’ve ever experienced.”

That enthusiasm is shared by Salih Mahmoud Osman, the unofficial head of the Sudanese delegation that attended the program.

Osman told the ABA Journal that the program gave his colleagues “confidence that their work on human rights issues is an important responsibility. During the training they came to a conclusion that other people were able to recognize the nature of this work that is defending the rights of the people.”

Ultimately, the two groups found common ground in their shared profession, says Kim J. Askew of Dallas, who was Litigation Section chair when she participated in the London sessions. “What we shared is, we’re advocates,” she says. “The power, passion and commitment of representing clients is what bound us. Law­yers are lawyers.”

A weeklong training program for fewer than a dozen lawyers might seem like an incon­sequential gesture at holding back the tide of human suffering that has swept through the Darfur region.

But efforts like that are vital to the success of the International Criminal Court as well as to the growing number of ad hoc tribunals being established in conjunction with conflicts in specific countries.

“What the ABA did needs to be done,” says David M. Crane, a pro­fessor at Syracuse Uni­ver­si­ty law school. He served as the first chief prosecutor of the Special Court for Sierra Leone, an independent tri­bunal created by that West African country and the U.N. after a civil war in the late 1990s. The tribunal is set to try Charles Taylor, the former head of Liberia who was arrested in 2006 on charges relating to the Sierra Leone conflict.

“Of course there is always the need for orientation and training” of lawyers working with tribunals, says Crane, who is developing the International Legal Practice Insti­tute to provide a standardized approach to prepare lawyers to appear before the ICC and other tribu­nals. “This is a narrowly defined part of the law, but it is a body of law that isn’t going away.”

Including local lawyers in that process “is extremely important,” says Ruti Teitel, a professor at New York Law School. “An important way to advance the rule of law in the region is to train lawyers,” she says. Moreover, local lawyers can be even more effective than outsiders at collecting stories from victims and gathering records, she says.

Relief agencies and human rights groups estimate that as many as 400,000 people have died from violence, disease and starvation amid a religion-fueled civil war that has been going on in Darfur since 2003. In addition, more than 2 million people are estimated to have been displaced, primarily through ac­tions by the government-backed militia known as Janjaweed. Most of Sudan is Muslim, but Darfur’s population is largely non-Muslim.

While the Sudanese government and rebel groups in Darfur have dabbled in peace talks, the vio­lence has continued. In August, the U.N. Security Council authorized a 26,000-member peacekeeping force in Darfur that the Sudan­­ese government has said it would accept. Meanwhile, the Bush administration, which has labeled the violence in Darfur as genocide, has threatened its own sanctions against Sudan if the violence continues.

And, significantly, the U.S. government has not sought to prevent ICC Chief Prosecutor Luis Moreno-Ocampo from pursuing cases arising out of the conflict in Darfur. The Bush administration opposes the ICC, largely because of concerns that its jurisdiction might reach to American officials and military personnel.

HISTORY IN THE MAKING

Darfur is an early proving ground for the ICC, which came into existence in 2002 as the first permanent international tribunal empowered to try individuals—including government leaders and members of military forces—for serious criminal violations of in­ternational human rights law.

In March 2005, the U.N. Security Council referred the situation in Darfur to Moreno-Ocampo. This past February, the prosecutor asked the pretrial chamber of the ICC to issue summons to appear to Ahmad Harun, who headed up the Sudanese government’s Darfur security desk during the conflict, and Ali Kushayb, a Janjaweed military leader. In May, the chamber went a step further and issued warrants for their arrests.

One of the innovations in the 1998 Rome Statute that created the International Criminal Court is to recognize victims as participants in the legal process of addressing violations of human rights law, Teitel says. “This is a unique approach,” she says, because criminal courts typically focus primarily on prosecuting and punishing perpetrators of crimes. “This is a more holistic view of the problem of justice,” she says.

Training lawyers to help represent victims in proceedings before the ICC was a primary purpose of the Litigation Section’s Darfur legal training program, according to Brian, who says the section is considering follow-up projects.

But the program wasn’t originally the Litigation Section’s idea, he says. Instead, it was proposed by Osman in the unlikely setting of Honolulu, where he received the section’s International Human Rights