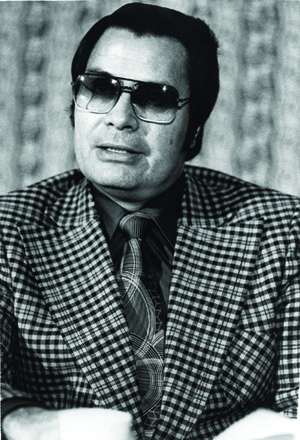 On June 30, 1983, attorney Robert H. Fabian literally closed the books on one of the most painful proceedings in American jurisprudence: the court-ordered liquidation of assets owned by Peoples Temple, the organized following of the Rev. Jim Jones.

Fabian, who had been a prominent corporate lawyer in San Francisco, was appointed by a California Superior Court as receiver for Peoples Temple only 69 days after the shocking murders and mass suicide at Jonestown, the church’s commune in a remote area of Guyana. Under the supervision of Judge Ira Brown, he spent the next four years making sense of the complex affairs of the secretive organization, then locating and distributing its assets against what became a $1.4 billion onslaught of claims.

Before moving his flock to Guyana, Jones and his Peoples Temple were held in considerable regard in California’s left-leaning and socialist circles. Although he described himself as a communist, Jones served as chair of the local housing authority, and his endorsement was highly sought, particularly in Bay Area politics. In 1977, after allegations of cultish abuse emerged, Jones began the move to Guyana, promising a community there free of racism and class disparities.

Within days of the events of Nov. 18, 1978, the mind-numbing outcome of that journey had morphed into murder.

From the accounts of survivors, substantiated in recordings made in real time by Jones’ followers, what emerged was a story of murder and suicide, simple in motive and staggering in scale. Enraged by a congressional visit to the Guyana compound by U.S. Rep. Leo Ryan, Jones ordered a heavily armed group of his followers to attack Ryan’s entourage and Jonestown defectors as they attempted to return to the United States. Five were killed in the attack at a nearby airstrip, including the congressman, who was shot more than 20 times.

What happened over the hours that followed still beggars the public imagination. Even before the attackers returned from their ambush, Jones set into motion a horrific plan of community self-destruction—one that had been rehearsed at least twice by the Jonestown community. Warning of government retribution for the airfield attack, Jones ordered his followers to systematically consume a fruit-flavored drink laced with sedatives and cyanide. Throughout a night punctuated by screams and occasional gunfire, they lined up to die: Parents with their children, adults watched closely by bodyguards and finally the bodyguards themselves—now guarding only bodies—took the deadly brew. By morning, the spasm of death had claimed 918 people, 304 of them under 18 years old, 907 by cyanide poisoning. Jones was found dead from a gunshot wound in his head that was later determined to be consistent with suicide.

There were survivors. Eight from the Ryan party survived. An estimated 80 Jonestown residents fled before or during the poisonings, as did two attorneys for Peoples Temple: civil rights attorney Charles Garry and Mark Lane, a prominent author and conspiracy theorist. The two had tried to intercede with Ryan’s congressional expedition and witnessed the first stages of the mass suicide before managing to escape.

Peoples Temple was headquartered in San Francisco and still had followers, operations and properties there and in Los Angeles. Garry, as the organization’s attorney of record, petitioned to begin the receivership process. There were bodies to be identified, debts to be paid and claims to be settled; and the receivership allowed Fabian to track and freeze church assets—the bulk of which proved to be in foreign bank accounts pledged by church officials in notes found near their bodies to the “Communist Party of the U.S.S.R.”

In a final accounting, more than $13 million was paid out to settle 750 claims. The remains of more than 400 of the dead found at Jonestown were never claimed and are interred at a mass grave in California. Only one person was prosecuted in the U.S. in connection with the Jonestown massacre. In 1986, Larry Layton was convicted of conspiracy in Ryan’s death. He was released from prison in 2002.