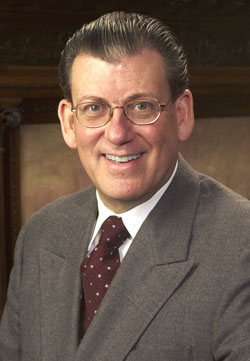 A committee of the ABA Section of Legal Education and Admissions to the Bar continues to make slow but steady progress in what has become an epic quest to overhaul the standards that govern accreditation of U.S. law schools.

But the project, which originally was expected to take about two years, is now in its fourth year; and at the rate things are going, it appears increasingly unlikely that the committee will wrap up work by July, its latest tentative deadline. It could be at least another year or two before the project is finally completed.

At the direction of the section’s council, the Standards Review Committee is conducting a comprehensive review of the Standards and Rules of Procedure for Approval of Law Schools. The council is recognized by the U.S. Department of Education as the accrediting agency for programs in this country that lead to a JD degree. Currently, 201 U.S. law schools are accredited by the section, including three that have received provisional approval.

The committee recently took a couple of steps to nudge the process along. At its meeting in November, the committee agreed to commit two days to its quarterly drafting sessions, which used to last a day and a half, beginning with its mid-January meeting in St. Louis. And it decided to forward its recommendations to the council a chapter at a time rather than as a single package at the conclusion of the review process. The council must approve any revisions before they are incorporated into the standards.

Still, committee chair Jeffrey E. Lewis, a professor and dean emeritus at Saint Louis University School of Law, acknowledged after the November meeting that the project is likely to take longer than he anticipated when he became chair in 2011. “I’m not sure if we’ll be finished by July,” Lewis said, “but I think we’ll be finished by the end of the next calendar year.” Lewis also noted he’s more focused on the quality of the committee’s work product than on how long the process takes. “We’re taking it one meeting at a time,” he said.

Acting on its new strategy, the Standards Review Committee approved a package of proposed changes in two of the seven chapters that make up the standards. The council gave preliminary approval to those changes at its meeting in Denver on Nov. 30.

Chapter 6 of the standards deals with law libraries and information resources, while Chapter 7 covers law school facilities, equipment and technology.

Lewis said the committee’s proposed changes in those two chapters are designed to modernize the standards in light of advances in technology. “We’re trying to provide law schools with a wide range of ways to meet the standards,” he said.

The proposed changes in Chapter 6 would more directly link library performance to the mission of the law school, require measurements that are more focused on quality than quantity, and alter the standards to reflect the ways that legal information can be accessed or acquired in the 21st century, the committee said in a summary of its recommendations to the council.

The current requirement that a library be “an active and responsive force” in the life of the law school would be replaced by a more specific requirement that the library provide support adequate to enable the school to carry out its program of legal education. The revised standard also would require law libraries to engage in planning and assessment.

The proposed changes in Chapter 7 would replace the current language, which states that a law school must have “physical facilities” that are “adequate for both its current program of legal education and for growth anticipated in the immediate future,” with new language requiring a school to have “facilities, equipment, technology and technology support” that “enable it to operate in compliance with the standards and carry out its program of legal education.”

The committee’s recommendations, which the council unanimously approved with only two minor word changes, will be publicly posted for notice and comment at least until the council’s March meeting in Tempe, Ariz. A public hearing will be scheduled at a later time.

But the committee has also asked the council to postpone final approval of the proposed revisions pending the council’s review of the committee’s entire package of recommended changes. And the committee, which to date has completed work on only these two chapters (and part of a third), still has plenty of ground left to cover. 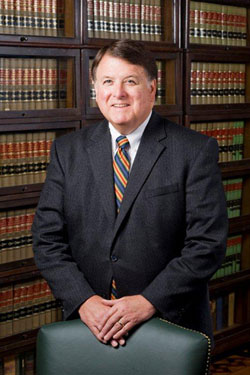 Photo of Randall T. Shepard courtesy of him.

At some point, the House also can expect to hear from another entity that has begun to look at various issues relating to legal education. But while the legal education section is conducting a very specific review of its accreditation standards, the Task Force on the Future of Legal Education is looking at a variety of issues that relate to the direction of legal education in the United States in a more general way. The task force plans to submit recommendations to the House by the end of this year.

The task force, which was created in August by outgoing ABA President Wm. T. (Bill) Robinson III, is examining what concrete steps law schools, the ABA, the Conference of Chief Justices and other groups can take to address compelling issues in the field of legal education, including economics, licensing and the delivery of legal services. Robinson is member-in-charge of the Florence, Ky., office of Frost Brown Todd.

The task force has been divided into two subcommittees—one dealing with economic issues and the other looking at the delivery of legal services. Both subcommittees are seeking input from the public on a range of broad issues, from what problems are caused by the cost of a legal education to what the goals and functions of U.S. law schools should be over the next 25 years.

Randall T. Shepard of Indianapolis, a retired Indiana Supreme Court chief justice who chairs the task force, says there is no formal connection between its work and what the Standards Review Committee is doing, although the task force may offer its own suggested changes to the accreditation standards.