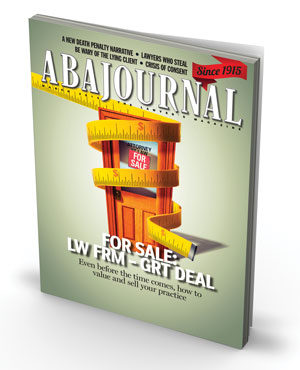 Regarding "Troll Defense," March, page 29: I applaud this effort and think more people should get involved. Being a self-regulating industry, we must take ownership of the fact that the system we stand for and work in is being used in an abusive manner; predators are seeking out easy targets who can't afford (whether with money or time) to defend themselves despite having a defensible position. We each should be concerned and motivated to action within our individual fields—there are other areas with similar need—and capacities.

THE WORST OF THE BESTS

As a lawyer admitted to practice in several jurisdictions, I find the distinction between these "best" lawyers and the rest of us disingenuous ("Are Lawyer Lists Just a Vanity Fair?" March, page 32).

I am at a loss as to how you can create the category without knowing the lawyer's body of work. Many of these publications list best lawyers without knowing the lawyer and charge a sum of money to do so. I think the categories should come with some type of asterisk or warning, for example: "not sanctioned by the bar." I was asked to become a "best" for $1,000. I declined.

I really wish I had been surprised that in 2015 a majority of voters would decide that the funniest possible entry for the March "Cartoon Caption Contest," page 14, was one that had a judge stumbling over whether the lawyer was the clown or the professionally dressed woman. Why not just go for the complete stereotype and replace the clown with a trained monkey? In the immortal words of John Oliver: "How is this still a thing?" 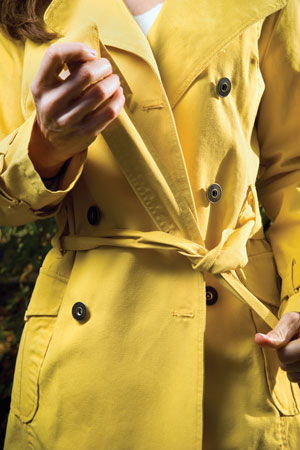 THE CUSTOMER IS NOT ALWAYS RIGHT

Regarding "The Lying Client," March, page 26: I once had a contractor client claim that he did not have a contract and had not been paid. He was brought in by an associate, but I made him sign a verified complaint before suing. Turned out he not only had a signed contract but had been paid almost the entire contract balance! And the only reason he went through this is that he owed suppliers and was claiming he couldn't pay.

Regarding "Governments Go ODR," March, page 33: As an eBay insider (I run a successful eBay store), I can tell you that an online dispute resolution system is highly inefficient and has many flaws. In about 50 percent of cases I end up having to contact a live rep. So I am very skeptical about using such a system in law, especially where filing is a matter of right. 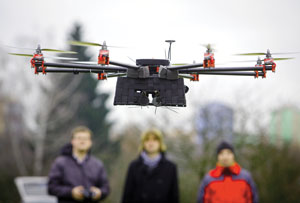 My practice area is community association law. Applying 30 years' experience, I have written three novels exploring issues in community living. The Dark Condos, published in May 2014, features a plot in which drones are used by private government. A homeowners association uses a surveillance drone to discover violations of restrictions on the premise that it's more cost-efficient. However, when an overzealous director steers the drone to peek through the window of a private dwelling, the HOA is promptly hit with a complex lawsuit.

We can't put drone technology back in the box, and I hope the ABA Journal will continue to keep us advised of changes in regulations and case law.

Philip N. Meyer's lengthy description ("Going Beyond the Evidence," February, page 26) of the dramatic mini-stories technique that Jeremiah Donovan used in an attempt to show that his client Louie Failla had not intended to kill his daughter's former boyfriend fails to disclose the significant fact that Failla nonetheless was convicted. (The relatively lenient 10-year prison sentence imposed on Failla was due to his poor health; he was released in early 1999 due to those ailments and died shortly thereafter.)

While that outcome alone isn't dispositive, it is important to bear in mind that Donovan's reliance in jury argument on extra-record evidence of Failla's thought process would not be countenanced by many judges. It is indeed disappointing to see the ABA Journal implicitly endorsing such a tactic.