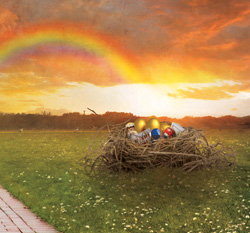 Regarding “Focus on a Sunny Sunset,” January: After about 40 years of practicing law, I have happily retired. Did this involve moving to a tent city or a broken-down trailer? (One of my contemporaries actually did that.) No. I have sought out training in a second career in managing money. So far I’m finding it to be a lot less hassle. And I don’t miss the insane hours and stress at all. And, perhaps best of all, my income has not taken a hit at all.

After 37 years working in micro-electronics, a failed business and divorce left me pretty much penniless, and a transplant operation left me disabled (the drugs I take make my hands tremble).

I decided to go to law school and, since there are not a lot of openings for 63-year-old associates in central North Carolina, will be practicing solo as a GP in the town where I grew up.

I expect to spend my “golden years” paying off my student loans and will probably have to work until I no longer can.

But do not mistake me for another whining mooncalf. I knew what I was doing. I went to law school because I want to practice law. I do not expect to get rich. As long as I can provide for myself and my teenage son, I am content. And if I can help a few people along the way, then I am very well content. 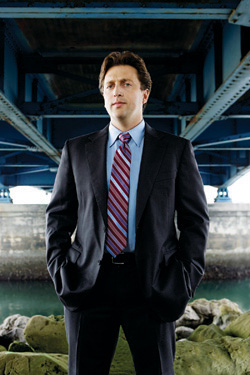 Regarding “Prenda Patrol,” January: Mssrs. Pietz and Ranallo are to be congratulated. As a fellow solo IP litigator, I appreciated what they did to expose Prenda’s scheme. I actually watched them deftly argue and put on a fine motion hearing before Judge Otis D. Wright on behalf of their clients, exposing Prenda’s shenanigans. Judge Wright even called one of the attorneys representing Prenda to the stand and personally questioned him vigorously on his involvement in the case. Judge Wright has been known not to mince words in his orders, and his order against Prenda was no exception.

Coincidentally, at about the same time, and before Judge Wright, I happened to have been defending a local Southern California restaurant accused of trademark infringement involving karaoke compact discs. Similarly, this plaintiff had launched lawsuits across the country in a pattern of suing many dozens of hapless defendants for one filing fee to try to extract settlements. After the case was dismissed for the plaintiff’s failure to appear at the pretrial conference, Judge Wright granted my fee motion under the Lanham Act. In the order, he said the plaintiff was vexatious and took “trolling to the next level,” and that the lawsuit was “nothing more than a shakedown.” After some wrangling, the plaintiff paid the entire award. Again: Well done, sirs.

The article is good, but it didn’t go far enough. There is no mention of the elderly victims Prenda targeted—people who would never have downloaded porn and denied having done so. No mention of the war veteran who blogged that he nearly reached the point of suicide over Prenda’s relentless telephone calls demanding money. No mention of the teachers Prenda pursued who defiantly denied they had ever done such a thing (teachers were their easiest marks, by the way), and no mention of the retired woman from the Bay Area who didn’t even know what BitTorrent was, but they sued her anyway.

Prenda never existed, yet it existed everywhere. Prenda’s clients were LLCs, yet no one would admit who actually ran them. Their employees and officers were all volunteers, having never received a dime in compensation, or at least that is what Paul Hansmeier claimed in a deposition. Also, according to Hansmeier, Ingenuity never filed a tax return. The article casually mentions identity theft, which doesn’t even barely describe the issue of forgery on copyright assignments so the cases could be filed in court. It mentions nothing about the despicable acts of Prenda’s lawyers to try and destroy the credibility of the person they had actually stolen the identity from, claiming he was mentally ill and an alcoholic.

My 90-year old friend was a victim of a copyright troll. She receives $900 a month on Social Security. They put her through hell. They convinced her to use a credit card to pay them $3,500, and she almost did it until I got involved. The title of the movie they accused her of stealing is so obscene I cannot even type it here. The very notion that a 90-year-old woman would do such a thing is absolutely ludicrous.

Judge Wright—God bless him—blasted the doorway open and laid the groundwork for what is yet to come for the slime-buckets that terrorized my 90-year-old friend. And I sit here patiently waiting for the slow wheels of governmental justice to turn, as their ultimate fate of incarceration comes closer and closer to reality. I want justice to occur in my 90-year-old friend’s lifetime and, God willing, it will.

My personal thanks to Morgan Pietz and Nick Ranallo. You have worked very hard to shine the light where it has belonged for a very long time. I saw you both at the Wright court hearing, and I can say with certainty that you are professionals in every sense of the word. You didn’t know it, but silently you were actually defending my 90-year-old friend’s good name. I am forever in your debt.