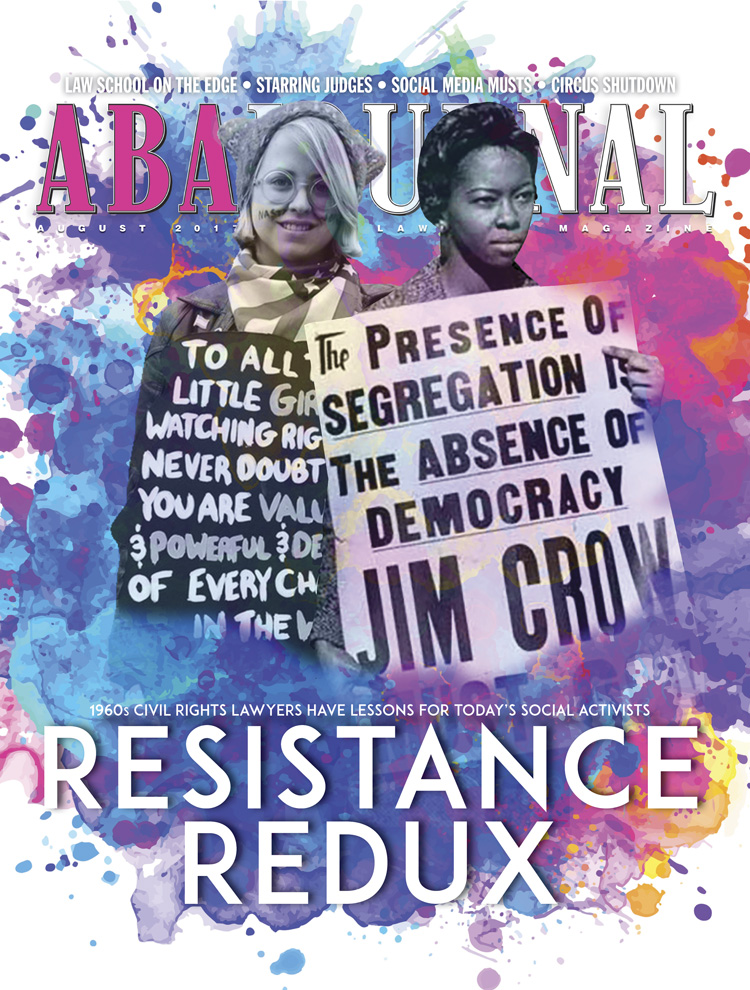 By using the title “Resistance Redux,” August, the ABA Journal attempts to give credence to radical anti-Trump—and antidemocracy—forces’ characterization of themselves as “the resistance.” This is an insult to the real resistance, which was composed of heroic men and women in occupied Europe who risked torture and death to resist the Nazis.

The Journal compounds this error by publishing loony statements claiming the president is “seizing more and more executive power, and we are in the throes of a takeover and conversion to a totalitarian state.” Of course, President Donald Trump is reversing executive orders and regulations that expanded government power. And he was duly elected under our Constitution. But why bother with reality? We have witches to hunt!

Regarding “Troubled Passage,” August, this may sound harsh, but the first Latin phrase that every aspiring lawyer needs to learn is “caveat emptor.” If you choose to attend a law school that has demonstrably bad employment outcomes because you fall prey to their “don’t worry, we’re accredited by the ABA” blandishment, you shouldn’t be surprised at your dim employment prospects when you graduate. On the other hand, I would hope that the president of the Mecklenburg County Bar was misquoted regarding resentment over fee competition; if the quote was accurate, your author fell asleep at the wheel by failing to connect it with the discussion of the antitrust laws later in the article.

The fine Ethics story “A Tradition of Jailhouse Lawyers,” August, might also have included Gary Wayne Nelson. While Nelson—a self-trained expert in prison law—was incarcerated in South Carolina, he filed a federal class action lawsuit in 1982 challenging overcrowding in the state prison system. It resulted in a $75 million settlement requiring the state to improve its treatment of its inmates. I met Nelson in 1985, shortly after his release from prison while I was teaching at the University of New Mexico School of Law.

Nelson, who had earned a college degree while behind bars, subsequently went on to earn a law degree from UNM and practice law.

As an aside, I was heartened to read your cover story, “Resistance Redux,” acknowledging the dedication to social justice exemplified by, among others, my law school classmates Stephen Bingham and Paul Harris.

I read with interest “Honoring Our Favorite Your Honors,” August, particularly the inclusion of James Avery, aka Uncle Phil. However, in mentioning his TV credits you neglected to add that Avery also played a lawyer in a 1990s television sitcom called Sparks, which was based on my law practice in Compton, California.