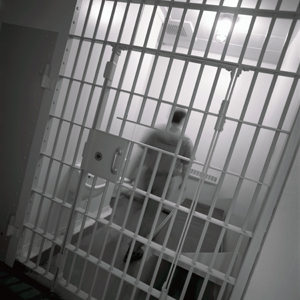 Regarding "The Age of Innocents," September: I have a family member, Hannah Overton, serving life without parole for a crime that I and others know did not occur. The Texas Court of Criminal Appeals overturned the capital conviction on Sept 17. Now we await decisions on bail and retrial.

All the post-conviction hearings and appeals in her case suggest prosecutorial misconduct, police misconduct and a tunnel-vision investigation, as well as a medical examiner who appears to me to have been squarely on the prosecution team.

I use the qualifiers "suggest" and "appears to me" because she is legally not yet exonerated. I am 100 percent certain she is innocent. This was a tragic, accidental death of a child—not capital murder.

To say that I have lost faith in our criminal justice system would be an understatement. As a citizen, I pray it can be reformed. Because of Hannah's case, I have come to know and believe many things, including:

1. A national innocence board is needed—similar to the National Traffic Safety Board—a federal agency that independently investigates every exoneration and wrongful conviction, then trains and advises all parties on how to avoid the errors that led to them.

2. The death penalty should be abolished. The system is too vulnerable to errors. I have no doubt that innocent people have been executed in this country.

3. Prosecutors must be better trained, and there must be oversight of this role. There appear to be no checks and balances on them. Absolute power corrupts, absolutely.

4. An innocent person must get the advice of an attorney immediately, even when they believe there has been no crime committed and they know they are innocent. The authorities are not going to figure out what happened. Sad but true is the fact that innocence is no protection.

Regarding "Listen Up," September, about NSA surveillance policies and the attorney-client privilege: The government saying it provides "appropriate protections" to privileged info it gathers carries no weight coming from the entity that originally concealed and then lied about the info-gathering at issue.

Regarding "Unhealthy Choice," September: I spent 20 years in the health insurance industry before I became a lawyer. If you have ever been treated by a doctor or a hospital, your information is computerized—whether or not you're insured. Therefore your information can be hacked.


It would seem to be malpractice for a provider to act on information in a patient's records without validating first that the information actually pertained to the patient—whether or not information was intentionally added by a third party committing fraud to procure services.

Similarly, demanding payment from a person who never entered into the transaction for which payment is sought strikes me as constituting fraud itself once the person establishes the fact of the fraud. There is no excuse for shifting the burden of proof to innocent third parties, including HIPAA.


Are you uninsured? Do you pay by cash? If you answer no to either question, some database somewhere possesses your personal information.

I note that HIPAA became law before Obamacare.

Previous:
Advertisers in this issue