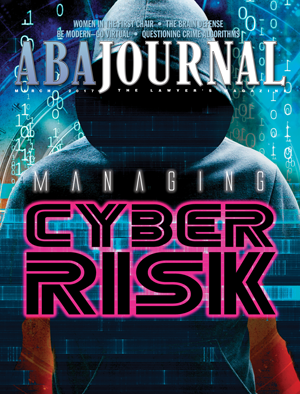 Regarding “Farewell to a Friend,” March, I offer a personal memory of the late Janet Reno that captures both her humanity and her remarkable memory.

During the 1990s, Ms. Reno was the speaker at the graduation ceremonies of the Northwestern University School of Law. I happened to be standing next to her as we entered the room where the ceremonies were held. I remarked to her that we shared the experience of having been high school debaters in Dade County, Florida, remembering that she had debated for Coral Gables High School. She inquired as to what my own school was. I replied: “Miami Senior.”

Without pausing for breath, she responded: “Jessie Chamberlin.” Janet Reno had plucked the name of my debate coach at Miami Senior High School—the name of the coach of a team that opposed hers—from her memories of 40 years before.

I worked for short periods at the Miami Herald, where Ms. Reno’s father was a police reporter, and the Miami News, where her mother was an investigative reporter, so I followed her career with particular interest. Thus I particularly appreciated Martha Middleton’s piece.


THE IMAGE OF BIAS

While I generally enjoy and learn from the ABA Journal, I was struck by the irony in the March issue. “Female First-Chairs” discussed the continuing (implicit) bias and structural challenges for female trial lawyers in both civil and criminal cases. The 2015 report by the American Bar Foundation and the ABA Commission on Women in the Profession and the multidistrict litigation study are revealing, pointing to ongoing challenges women experience in getting first- and second-chair appointments.

Sadly, 24 pages earlier (”A Second Helping of First Words”), the Journal itself perpetuated the impression that “leading trial lawyers” are male. The six lawyers quoted in part two of the piece on effective opening arguments are all male. The imagery on page 23, with four of them plastered across the top, could not be more illuminating. Hopefully the Journal will learn to take up the baton of gender inclusivity next time.