Reaching Across Borders and Barriers 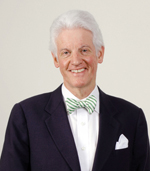 The American Bar Association has had a busy winter, and we will carry this momen­tum into our midyear meeting in Los An­geles.

We have met challenges to the rule of law and will redouble our efforts to ad­vance justice in the second half of this bar year.

Last month, I described the ABA’s swift and powerful response to the rule of law crisis in Pakistan. On Dec. 13, ABA House of Delegates Chair Laurel Bellows and President-elect H. Thomas Wells Jr. joined me for a meeting with Pakistan’s ambassador to the U.S., Mahmud Ali Durrani, and we presented him with a petition that was signed by nearly 13,000 lawyers calling for a return to the rule of law in Pakistan.

Ambassador Durrani promised to follow up with us about the rationale for removing the supreme court justices. Look­ing forward, we offered to help strengthen the rule of law in Pakistan through the Rule of Law Initiative’s technical legal assistance programs.

Since our meeting with Am­bassador Durrani, the assassination of former Prime Minister Benazir Bhutto on Dec. 27 has shaken Pakistan and made the future of that nation even more uncertain. Pakistan’s elections, originally scheduled for January, have been pushed back to Feb. 18.

Further, President Pervez Musharraf’s statements on Dec. 15, when he claimed to end emergency rule in Pakistan, did not adequately address our goals: the restoration of Pakistan’s constitution, the reinstatement of its supreme court, and the release of judges, lawyers and other people who were wrongly arrested for pro­testing Musharraf’s lawless acts.

Musharraf amended the constitution, issued decrees and prohibited judicial review of his actions. As of this writing, new members of the supreme court have been forced to sign loyalty oaths, while former justices, lawyers and other people remain confined. We will continue to monitor events in Pakistan and are con­sidering a visit there with other national and international bar associations.

Closer to home, we were disappointed to learn that the Legal Services Corp. will receive only $350 million in federal funding this year, despite the work of lawyers and advocates around the country. That means that, in real dollars, the LSC’s budget remains about half of what it was when the LSC was created in 1974, while the need for legal aid has increased.

Of the people who seek help from the LSC, 50 percent must be turned away due to lack of funds, and 80 percent of those eligible for legal aid do not have access to civil justice.

America’s failure to provide poor people with legal assistance is a critical weakness in the rule of law in our country. Every day, people who cannot afford a lawyer wrong­ly lose their homes, life-sustaining benefits and other essentials because they did not have legal help. That is why the ABA supports the right to counsel in civil matters where basic human needs are at stake.

Inadequate funding for legal aid does not only hurt poor people—it also hurts our communities. When poor people cannot address their problems through the legal pro­cess, these problems become worse and far more costly—in both human and financial terms. Also, without access to justice, poverty is not as visible to government officials, who then are less likely to develop solutions.

Everybody in our communities has a stake in expanding access to justice—and the rule of law—but America’s lawyers must continue to lead the way.

This year, on April 15-17, the ABA will bring hundreds of lawyers and leaders from other disciplines to Washington, D.C., to lobby for more LSC funding. To obtain a real increase in funding, we will need your help. Join us in our nation’s capital to lobby for justice.