In acting, they call it typecasting. in the law, it is known by an even less flattering term, pigeonholing. But for affected associates, the results are the same: Pigeonholed attorneys are typecast in whatever role they started out in and in many cases find themselves stuck in a career rut.

“I entered a small satellite office of [a large] firm that has a white-collar criminal defense practice in its litigation group,” says one pigeonholed associate who asked not to be identified. “When I arrived, I tried criminal work and loved it and kept getting more of it.

“Even though I voiced my desire to do civil litigation, those assignments were never given to me. The partners did not want to ‘share their toy.’

“I now find myself a fourth-year associate who has no civil litigation experience, and the problem is that in that area of the law you have to leave the firm and prosecute to get to the next level,” the associate explains. “I can’t afford to take a public service job. My only solution is to leave the firm and transition to a small firm that is willing to train me in civil litigation. I can’t escape the partners at my firm because they actually like my work, and my billing rate is now too high to permit me to train in another area.”

Associates often find themselves at a loss on how to change the situation. They don’t want to appear ungrateful to the partners who are providing the work, however routine it has become. Nor do they relish being unfavorably compared with fellow associates who happily accede to being pigeonholed. And with specializa­tion and subspecialization now the norm in most large law firms, the associate may increase his or her worth by becoming an expert in the specialty or sub, inspiring confidence in the associate’s work.

“I was a patent prosecution associate at [a well-known intellectual property firm],” reports another associate, who also requested anonymity. “I came in with the intention—which I made explicit—of doing both patent prosecution and litigation, and that I was also interested in other matters the firm was working on (e.g., trademark matters). I was assured that there was plenty of that work and I could get involved whenever I liked.

“About a year later, I wanted to get involved with litigation. Moreover, I saw that my litigation colleagues were all swamped, so there really was no shortage of work.”

He began “knocking on doors of the litigation partners in my office, introducing myself if they didn’t already know me, and asking if they needed any help on any of their cases. I got what I expected. … Nobody needed anything at that moment, but they’d keep me in mind. I also spoke with the litigation practice group leader and my group leader, expressing my interest. I was told I was officially ‘on the radar,’ but I should continue keeping busy with prosecution, and that the transition wouldn’t happen overnight.”

After a few abortive projects, the associate says, “I finally did get on a good case: I was with two other associates (one senior, one first-year), with other partners and associates from four other offices on the case as well. But about two weeks after I was brought in, the senior associate left the firm. So although I was happy to be staffed on a viable case, the experience wasn’t what I was looking for. 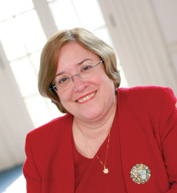 “As I whittled down my prosecution docket enough to be able to take on more litigation work, nobody seemed to have any,” the IP associate adds. “The last straw was when I heard after the fact of a junior partner literally wandering the halls looking for junior associates to staff on a litigation and lamenting his inability to find any. In fact, it was one of the junior partners I had previously worked with. Alas, he never thought to wander by my office.

“Naturally, I was frustrated because I communicated my interest in litigation through all the appropriate channels, and whatever unofficial channels I had at the firm, and all I got was false starts,” this associate says. “So I decided to lateral to another firm.”

Some law firms recognize pigeonholing as a potential problem and counsel associates to speak up when they feel typecast. That hasn’t prevented pigeonholing, however, and the mere mention of the word exposes a raw nerve among affected associates. A recent discussion of pigeonholing on AbovetheLaw.com unleashed a torrent of complaints about the practice.

A lawyer from Los Angeles doubted mere vocalizing would be enough. “Even tenaciously vocalizing is not always enough,” she wrote. “You will end up where the partners decide they want you, period. If a partner makes you his ‘pet,’ it’s either great for you or horrible for you.

“This is no fault of one’s own; in fact, ironically, it’s probably a function of making oneself indispensable to the partner in question. You have zero control over your workload as a first- or second-year,” she continued. “By the time you’re a third-year, everyone knows whom you ‘belong’ to. There is not much choice, period.”

Those who evaluate and respond to associates’ complaints about pigeonholing counsel equal amounts of patience and strategic thinking.

“I think pigeonholing has always been an issue,” says Ellen Wayne, dean of career services at Columbia Law School. “There are a couple of things that might help young associates,” says Wayne, who is chair of the ABA Task Force on Law Career Paths. “First, they have to know how to use their assigning partner for the summer, or the assigning partner for the first few months.”

Some firms, Wayne says, rotate associates through a number of specialty departments, especially in summer programs. “Summer students have more leverage because the firm is still in a marketing or sales mode with them,” she says. “Or the firm will have a way to take work from a variety of places” so associates gain different work experiences.

Sometimes pigeonholing can be counterintuitive: Though one may reason an associate at a smaller firm would get to perform a variety of tasks because there are only so many lawyers to draw upon, and one at a larger firm could get lost in the shuffle, Wayne says the opposite is more likely.

“Smaller firms have a smaller array of practice areas, and so you may get tied to a particular partner very early,” she says. “In a larger firm you may have an opportunity to go to someone and say, ‘Look, I’ve been doing this and I’m really interested in doing something else.’ They’ll work with you if they want to keep you.”

Associates who decide not to rock the boat early on may be positioning themselves for a lateral move, Wayne says. “That’s usually when a person will start looking for another job, because people who move from law firm to law firm often do it to get into another department.”

Wayne says the pigeonholed associate’s best move may be to talk to someone in the firm responsible for career development, or someone the associate feels comfortable talking to.

“It makes no sense to continue working on something you’re not enjoying and not learning in anymore.”

Anita Meiklejohn, a principal with Fish & Richardson in Boston, is responsible for the firm’s nationwide associate evaluation program. “Our firm has a variety of practice areas, such as litigation, patent counseling, trademark and entertainment law,” she says. “People often come to us with a strong preference to work in one area, and we do accommodate that, but people do change their practice, so after a couple of years they might be more interested in trademark or regulatory law, and we try hard to get them work in that area.”

Fish & Richardson has twice-yearly reviews for associates, and Meiklejohn says it’s a time “to do some soul searching about what they’re doing and whether they’re happy doing it. But we have people come to us through­out the year and say they want to do other kinds of work. We have group leaders at the firm, and when somebody comes to them and says they want to branch out, the group leader is supposed to help foster relationships with people who can help them.

“But you have to work at it,” she adds. “You can’t just wave a wand. It takes a real team effort to make it happen.”

Then again, some associates say pigeonholing is not a problem but instead part of being an attorney and proving one’s value to the firm and the client.

“I think it is amusing that people think of being pigeonholed necessarily as a bad thing,” said a poster to AbovetheLaw.com. “What is pigeonholed to one is specialization to another.

“Remember, it is better to be an expert in one special­ty rather than a jack-of-all-trades.”