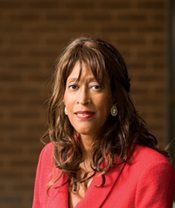 Legislation moving through Congress would authorize the ABA to create a nationwide network of volunteer lawyers to represent victims of domestic violence.

Sponsors of the bills hope the commission would be able to mobilize as many as 100,000 volunteer lawyers to represent domestic violence victims, thousands of whom go without legal counsel every year.

The bills in Congress envi­sion a more comprehensive network organized by the Do­mestic Violence Commis­sion in which a coordinator in each state would link clients and lawyers. In addition to maintaining the overall network, the commission would coordinate training, mentoring and technical services for lawyers par­ticipating in the network.

The Senate version of the Nation­al Domestic Vio­lence Volunteer At­torney Network Act (S. 1515) was reported out of committee in mid-May, prompting praise from ABA President William H. Neukom of Seattle.

“Thousands of victims of domestic violence go without legal representation every year—something that so many of us take for granted,” said Neukom after the committee’s action. “Every day lives are at risk because we do not adequately protect or advocate for victims of domestic violence. This legislation, if passed, can save lives and shield the innocent from violence.”

The domestic violence commis­sion would organize the volunteer attorney network in coordination with the ABA Standing Committee on Pro Bono and Public Service, along with other domestic violence and pro bono organizations. The bill would authorize Congress to award grants to fund those efforts.

The Senate bill calls for additional funding to go to the National Do­mestic Violence Hotline for updating its system and training advocates on how to provide legal referrals to lawyers in the network being set up by the ABA.

The hotline, a nonprofit organization established in 1996 as a component of the 1994 Vio­lence Against Women Act, received 236,907 calls from victims of domestic violence in 2007. The second most frequent reason victims called the hotline was to ask for legal help.

“We all know that access to legal services is key to combating domestic violence,” says Pamila J. Brown, a state district court judge in Ellicott City, Md., who chairs the Do­mestic Violence Commission. “This legislation would go a long way toward providing resources for victims by allowing facilitation of training for attorneys and providing victims with access to needed services.”

The bill calls for the volunteer attorney network to be introduced in five states, then be implemented nationwide over the following few years —with funding from Congress to support startup efforts in the states.

Overall guidance for the volunteer attorney network and referral project would be provided by a domestic violence legal advisory task force that would report to Congress every two years.

The legislation also calls for the National Institute of Justice to conduct a study of the scope and quality of legal representation and advocacy for victims of domestic violence, dat­ing violence and stalking, including how those services accommodate cultural and linguistic factors.

This column is written by the ABA Governmental Affairs Office and discusses advocacy efforts by teh ABA relating to issues being addressed by Congress and the executive branch of the federal government.