The Second Founding: A new exhibit explains the importance of the Civil War Amendments 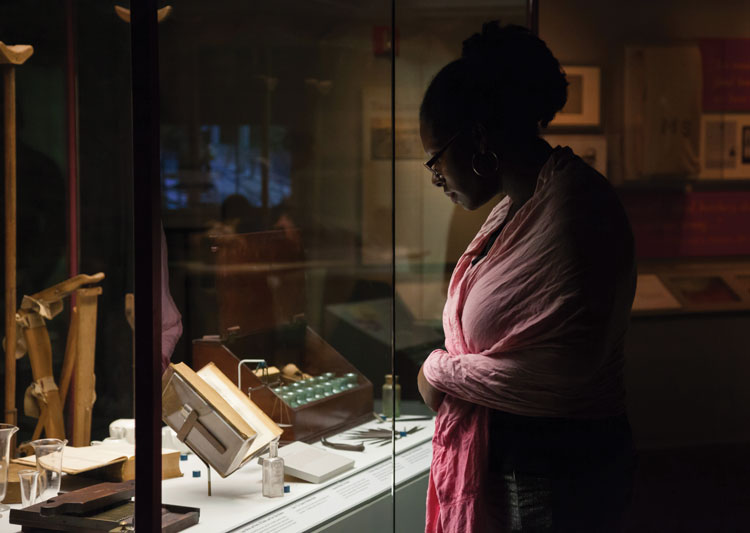 In the aftermath of the Civil War, the United States had a “Second Founding”—a period of Reconstruction and re-examination of beliefs about freedom and equality under the law. Central to that effort were the 13th, 14th and 15th Amendments, which not only outlawed slavery but laid the groundwork for modern civil rights law.

On May 9, the National Constitution Center in Philadelphia will give the Reconstruction Amendments, as they’re sometimes called, pride of place with a new permanent exhibit: “Civil War and Reconstruction: The Battle for Freedom and Equality.”

“We think it’s crucially important at the National Constitution Center to give the Second Founding equal prominence to the first,” says Jeffrey Rosen, president and CEO of the center. “So you can see the original Constitution and its promise and its compromises, and then you can see the achievement and vision of equality in the Second Founding as well.”

Rosen, who also teaches constitutional law at the George Washington University Law School, says understanding the Reconstruction Amendments is vital to understanding “where the action is in constitutional law today.” The new exhibit explains in detail how all three amendments came to be, using original copies of the amendments to discuss their creation and the debates around their adoption. The exhibit will also discuss contemporary events that influenced or stemmed from the amendments, such as the rise of African-American political officeholders during Reconstruction.

Professor Thavolia Glymph of Duke University, a historian of the 19th-century U.S. who worked on the exhibit, cautions that Reconstruction did not instantly or universally create equality for newly freed slaves. In many ways, she says, the white majority found ways to negate those protections, such as convicting black people of crimes so they could be used as free prison labor.

“So you have these really important amendments that provide citizenship, the right to vote and freedom,” Glymph says. But “actual freedom fell short of the constitutional guarantees is one way to think about it.”

Part of that story will be told using contemporary artifacts—many on loan from the Civil War Museum of Philadelphia via the Gettysburg Foundation.

Rosen calls special attention to Dred Scott’s original petition for freedom, which eventually led to a U.S. Supreme Court decision that upset the nation and set the stage for the Civil War. The center will also display a fragment of a flag raised by Abraham Lincoln at Independence Hall and a pike belonging to abolitionist John Brown. The collection also includes everyday items such as advertisements for slave auctions, carpetbag luggage and a military hymnbook from the 1860s.

“What we’re trying to do in the gallery is tell the story of the evolution of the American battle for liberty and equality,” says Rosen, “and how the equality promised in the Declaration of Independence was thwarted in the original Constitution, resurrected by Lincoln at Gettysburg, fought for by Frederick Douglass and other heroes, and finally enshrined in the Constitution in the Civil War Amendments.”

Starting June 19, visitors can see some of that history come to life with performances of Fourteen, a theatrical performance of Civil War-era texts. The writings come from everyday people and influential figures—and some who were both. The first text is Scott’s petition for freedom. The opening date of the play—also known as Juneteenth, which commemorates the day the Union Army told slaves in Texas that they had been freed—will run intermittently throughout 2019 and 2020.

“Civil War and Reconstruction” will be prominently placed next to the center’s main exhibit on constitutional history. It will also drive new material to the center’s free online Interactive Constitution exhibit aimed at educators and students.

“We hope that this will be part of a revival of interest in the post-Civil War Amendments,” Rosen says. “It’s just one of the most central constitutional stories.”

Print and initial online versions of "The Second Founding," May, should have said that some items on display at the National Constitution Center belong to the Civil War Museum of Philadelphia but were housed at the Gettysburg Foundation before coming the Constitution Center.